Inside The Rise of Vinyl Me, Please, The Hottest (And Biggest) Record Club Anyone Can Get Into 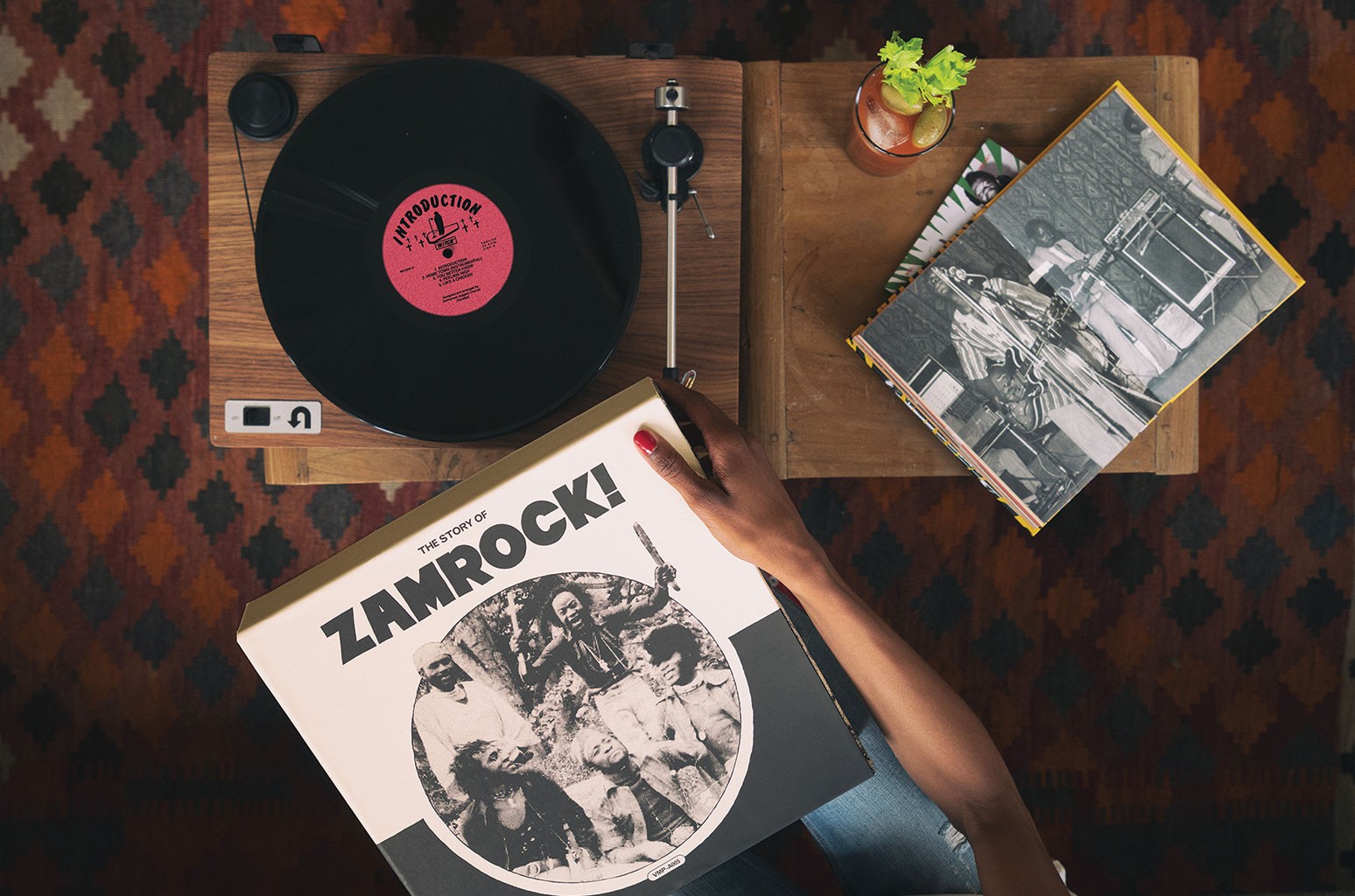 In 2013, when monthly record club Vinyl Me, Please first launched, “we had one of those blue classic Ikea bags and were walking to the post office like, ‘Holy s–t, man, 12 people are paying us real money,’” recalls VMP co-founder/chairman of the board Matt Fiedler. “We had no idea it was going to be a real thing.”

Within a year, the company had grown from 12 to 300 subscribers — and within two to 5,000. Now, with 80,000 active customers, the company just finished its highest-performing quarter with a 74% growth in membership from the same time period last year. (A three-month subscription costs $119.)

Most recently, in 2020 the company shipped a half-million units as demand for the format soared through the pandemic. All the while, VMP has become a significant outlet for major and independent labels alike looking to market reissues and also offer exclusive variant pressings of new releases, from the black-and-white pressing of Madlib’s Sound Ancestors (limited to 2,000 units) to the white marble and alternate cover for St. Vincent’s Daddy’s Home (pressed on 180-gram vinyl).

“As everything was switching over to paying to access music rather than owning it, people were listening to music more and more passively,” says co-founder/CEO Cameron Schaefer. “We wanted to see if there were other people like us, and that really has remained the throughline throughout the growth of the company.”

“What stands out to me now looking back at the origin of VMP is the simplicity of what we were trying to do,” he continues. “We were trying to just pick one record a month that we thought would be worth your time and attention, and that was it. The first several years we were living in constant awe that we got to do it for another year. I don’t feel like, early on, we had the luxury of looking ahead at what this could become.”

Fiedler says he and co-founder Tyler Barstow — who were mentored early on by Scott Bergman, Alternative Distribution Alliance’s vp of sales and marketing — maxed out their personal credit cards to launch the company. “Because it was a subscription model, everything kind of paid for itself from the get-go,” says Fiedler, who graduated from Belmont University with a degree in music business and entrepreneurship.

As VMP grew, it was able to invest more into marketing. Ten months in, Schaefer (a former Air Force pilot) took over the company’s marketing and social media with a monthly budget of just $500. “We really had to rely on the experience and the packaging,” he says. “People would get the record package and it would be hand-wrapped — we’d have a note with it — and I think people felt all the energy we were putting into it. I always joke you never invite your friends over to check out your MP3 collection. There’s something about a physical object where, if it’s beautifully made and if there’s care and quality put into it, it’s something people want to share.”

As Fiedler says: “The purpose of vinyl transcends utility. It’s about, ‘How does this fit into my identity as a person? What does this say about me? How does it fit into who I am or the life that I’m trying to create for myself?’” Which is precisely why Schaefer argues that “people should pay good money for music. I think that’s the only way this continues in a healthy way.”

He also asserts that a driving principle of VMP is its unspoken zero-judgement, come-one-come-all policy when it comes to members, seeking to appeal to audiophiles and casual consumers alike. “The majority of the world is not able to come out of the gate with a $5,000 set up,” he says. “If that’s the barrier to entry, we’re screwed. So maybe it’s Crosley, maybe it’s your parent’s turntable, maybe it’s something that you found at a garage sale that’s beat up — but the minute that you drop that needle, you’re on the path.”

While VMP launched with the intention of sending its members one hand-picked record a month, it quickly started presenting customers with more options. It now offers four choices — Essentials, the flagship subscription that recently hit its 100th pressing; Classics, which focuses on jazz, blues and soul, and Hip-Hop, both of which launched in 2017; and Country, which debuted in March.

“While we do play the role of curator, the reality is people have the ability to customize their journey through VMP,” says Schaefer. “Sometimes we call ourselves ‘sonic archaeologists’ because we’re constantly digging around in catalogs, and in new music as well, finding lost sounds. That’s a lot of the value people feel: You’re being presented every month with this array of records that you know a lot of people have gone and sourced.”

In the future, VMP’s senior director of business development and partnerships, Courtney Catagnus, hopes to hone in on more tailor-made VMP subscriptions curated by artists, noting she’s a personal fan of the “Beyoncés of the world and the queens like Dolly. Being able to work with artists of that caliber will be an amazing experience that we’re working towards.” It’s all part of the company’s quick and constant evolution, aiming to appeal to and include more and more music fans along its way.

When VMP started, “it was the millennials who were really breathing energy into the resurgence and were some of the early adopters of subscription-box companies,” says Schaefer. He adds that while its customer base was 70% to 80% 25- to 34-year-olds, it has expanded in both directions over the last few years. “One of our fastest-growing segments has been the 40- to 45- to 60-[year-old range], and then we’ve also recently seen — and especially during COVID-19 — a lot of teenagers and young twenty-somethings getting into it.” As a result, senior manager of brand partnerships Emily Greenstein (who joined as an intern in 2015) helped create a VMP TikTok account this year.

For the first record VMP shipped in 2013, Fiedler recalls emailing the artist’s manager asking to purchase 15 copies directly. A few years later, he says the company hit a “weird threshold” when it still wasn’t big enough to justify its own pressings (then, he says, most plants had an order minimum of 500 units) but too big to only purchase from existing inventory (VMP now relies on a total of five plants across the United States, Germany and the Czech Republic for its inventory).

By 2020, Schaefer says VMP’s growth outpaced that of overall U.S. vinyl sales, which accounted for 62% of physical sales in 2020, according to the RIAA. With the growth of vinyl came demand for more subscription clubs, too, with Secretly Society (launched in 2016 by indie label Secretly Group) seeing subscriptions more than double last fall. “Anyone that enters the market that wants to champion vinyl and tangible experiences with music, we want to support,” says Schaefer. “If no one was entering the space, I actually think that would be an ominous sign. If no one’s wanting to get into the business you’re in, you might want to explore why.”

It’s not only other clubs who want in on the action, as brands, too, are more frequently seeking to partner with VMP. “They come to us already a little bit familiar about who we are, who our audience is and I think they have a pretty big interest in tapping into that audience,” says Greenstein. “[They are] recognizing that, through VMP, we’re shipping to people’s houses every month and they have an opportunity to land their brand or product inside the homes of these in-tune consumers.”

At the same time, Catagnus works with the labels and artists to meet their fans in even more direct ways. She cites a recent example, teaming with Sony and Jennifer Lopez last year on reissues of On the 6 and J.Lo. “Through working with her team and management about where her fanbase lives online, we found out she really engages through the messaging app Community,” says Catagnus, “so we tapped into her dedicated audience on the app and we actually saw the most website traffic in our company’s history that day because she texted them [about pre-orders], and our website was like a slot machine lighting up.”

The team collectively stresses, though, that their top metric for determining what to release isn’t stream count or initial reception, but as Greenstein says, “It’s [about asking], ‘Does this music resonate, and is it essential to someone’s collection?’”

A version of this story originally appeared in the June 5, 2021, issue of Billboard.