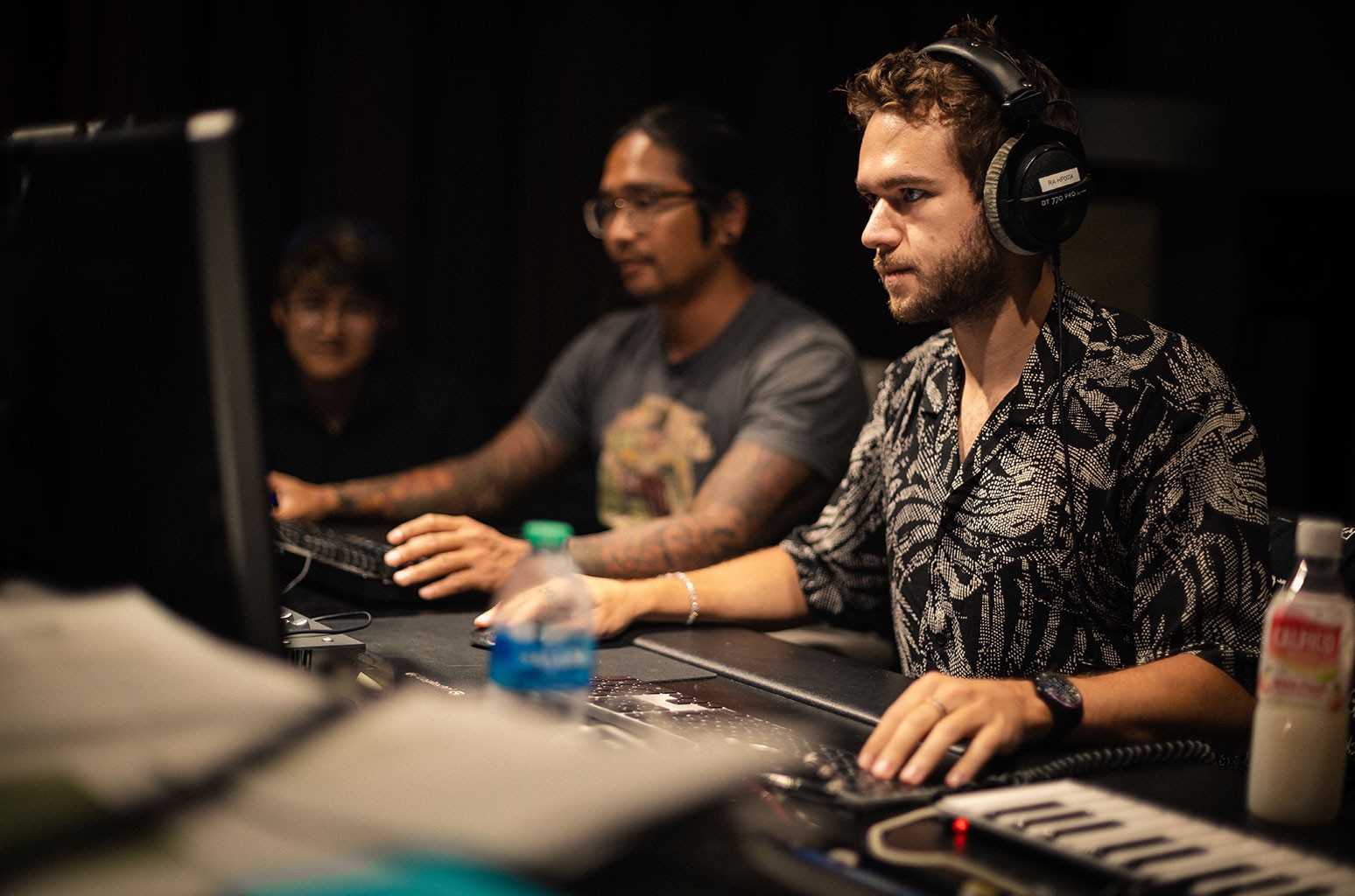 Hitmaking electro-pop producers aren’t all that different from us. Take Zedd, for example. When his busy tour schedule was suddenly grounded by the COVID-19 pandemic, he did what everybody else did: He sat at home playing video games.

Of course, Riot Games probably didn’t hire you to design a (literally) game-changing gun for its popular first-person-shooter game Valorant. But if you buy the new sound-reactive skins available today (September 8) in the Valorant store, rest assured, you’re playing Zedd-style.

The skin package is called Spectrum, and the producer worked with Riot to create a gun unlike anything Valorant has ever seen. (For gaming newbies, skins change the look of items within a game. The same gun can have different skins based on player preference.) From the look and feel of the guns, to every little sound they make, to even the song that plays when you win or lose the game, Zedd brought his style to an entirely new platform.

“This is honestly a dream come true,” the producer born Anton Zaslavski tells Billboard. “I’ve never done anything like this, and I get incredibly excited any time I get to do something I haven’t done before. I’m such a big fan of the game. When I’m not on tour, I literally play every day.”

Zaslavski has been playing the game since it was first teased as an alpha, months before it hit the free-to-play market and has since become known and respected within the Valorant community, earning one of the game’s highest ranking tiers. Valorant, he says, reminded him of his childhood playing the early 2000s game Counterstrike, and he especially appreciated how the game focuses so much on what he calls “competitive integrity” — making it all about strategy, tactics and pure aiming skill, rather than simply buying the best overpowered weapons.

“The sound of the gun is really important to how the guns feel, because ultimately all the skins are the same in terms of their capability, but they feel different,” Zaslavski says. “I did my own analysis on what feels good and what doesn’t feel good and applied how I mix my records. I just wanted the skin to sound very clean, [with] as little reverb as possible while still maintaining the competitive integrity, so it’s not better than others.”

As soon as you enter the Valorant store, you can feel Zedd’s influence, as he created an original tune to play in the background while you inspect the set of weapons, “so when you go to buy the skin, it puts you in a different mood than the regular store music.”

The Spectrum skin package features four guns and a knife. There’s even a see-through “Z” on each of the guns, and the knife features the actual waveform of the Spectrum theme song along the side of the hilt. The music that plays in the background changes ever so slightly, depending on the weapon you’re inspecting, as do the sounds each makes when you fire one off.

“I think I made five different sounds that are slightly different,” Zaslavski says, “so when you shoot back to back, it’s not repeating the same exact sample, but actually repeating randomized sounds.”

Even more, Zaslavski crafted new songs to play whether you win the game, lose the game or get the final kill. If you get a defeat, the tune plays a descending melody, and a win gets you a more upbeat, euphoric version of the same sci-fi vibe.

“Then the Riot team made this insane finisher,” Zaslavski says. “I think it’s the coolest thing they’ve ever done. It changes the look of the whole map and it projects this Zedd logo with the Valorant logo right underneath it as one. It spins in the sky and the whole map starts lighting up in colors.”

Zaslavski and Riot started working on this project this past December, after Zaslavski approached the Los Angeles-based video game developer and publisher on ways they might collaborate. The resulting collaboration marks Riot’s first time working with a musician to design and develop in-game content. And even as the pandemic has waned and the producer has gotten back to playing shows — his residency at Las Vegas’ newly opened Zouk Nightclub and Ayu Dayclub launched recently — he’s spent a lot of late nights and a lot of attention on extremely tiny game details.

Zaslavski says, however, that these are the kind of things hardcore Valorant players like himself are really going to appreciate. His aim was to respect the platform and craft something players who don’t really know, or care about, Zedd’s music could still really vie for.

“At no point did we think, Let’s just slap my logo on this,’” he says. “It’s a little cringe-worthy when I see certain collaborations that just don’t make any sense. At some point, I decided to only do things that I’m passionate about, and this is one of those collaborations where — because I know the game so well — I know exactly what I want the guns to feel, sound and look like.”

For the Grammy-winning producer, the project was a massive learning experience, and one he says was even more detailed and specific than his work scoring films and writing soundtracks. (Zaslavski produced the score for National Geographic’s 2018 series One Strange Rock.) Serving as a creative breath of fresh air, the collab also made Zaslavski more excited to finish his next big project.

“Now that this is finished, I’m going to go straight back into album mode,” he says. “I wanted to release the album this year, but I’m of the school [that] however long it takes to be incredible is however long it takes… The pandemic has been pretty crushing on my inspiration. I didn’t feel in the right mindset to make an album, so now that shows are coming back, I feel the energy I need to create the best album I’ve ever created.”

While Zedd assembles what will be his third studio album (and the first since 2015’s True Colors), fans can get to work honing their skills with his custom-designed gun skins. Who knows? Next time you log in to Valorant, the opposing team just might be Zedd and his crew.