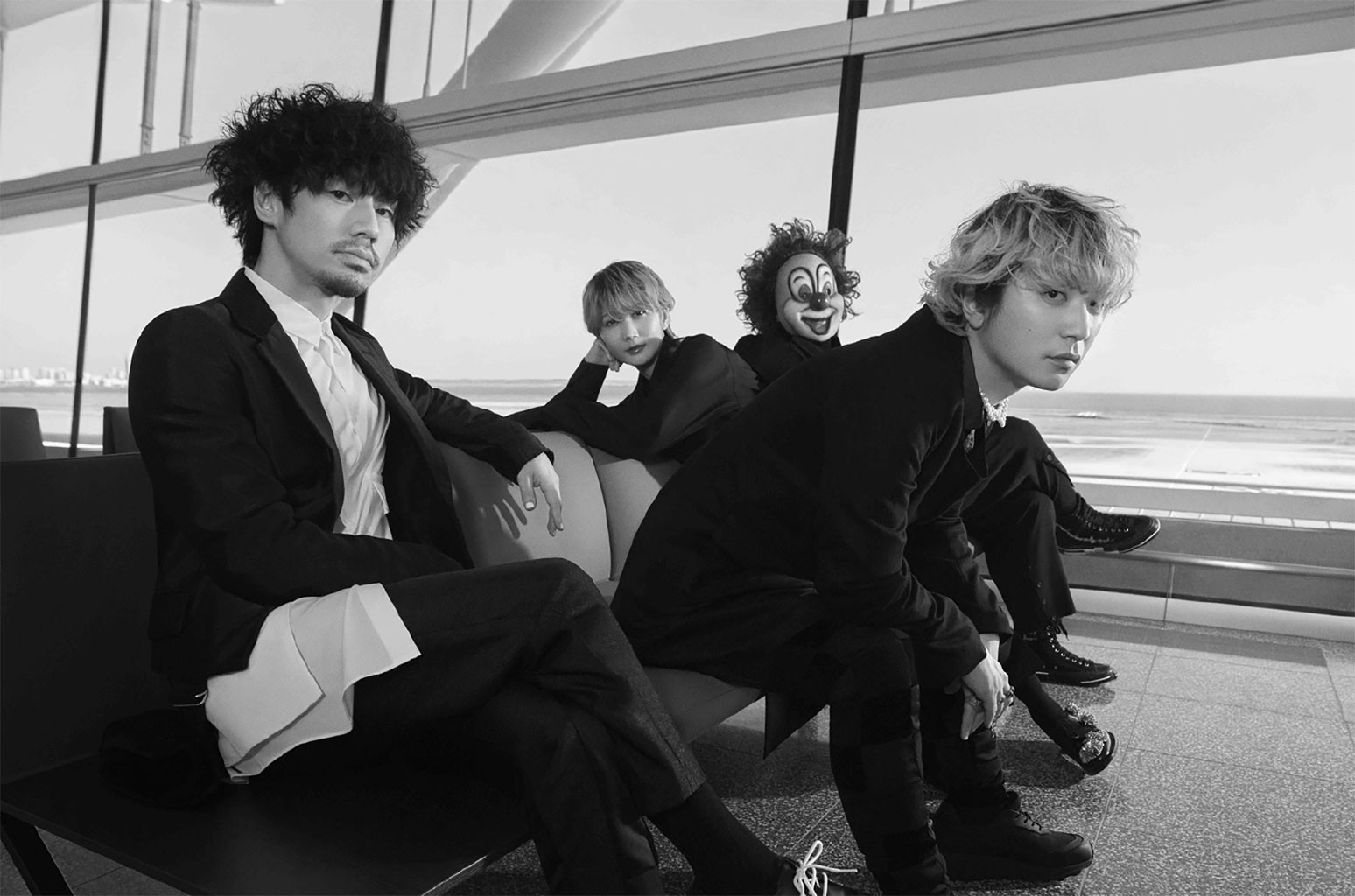 It’s not uncommon for a J-pop band that has made it big in its native country to try its luck abroad, but the reality is that only a handful have carved out a presence outside their homeland. The size of the Japanese music market is second to that of the U.S., and this is why such a distinctive music culture has thrived there. In contrast to K-pop, which has won widespread popularity by optimizing its performance for the global music scene, J-pop’s insular evolution is often compared to the Galapagos Islands, and not necessarily in a positive way.

But Japan’s End of the World is determined to break out of the bounds of J-pop to deliver its music to a global audience. As the alter-ego of the hugely popular J-pop band Sekai No Owari, End of the World released its all-English worldwide debut album called Chameleon last November.

Sekai No Owari is one of Japan’s top acts, with a huge following in its home country and the Asian market. The four-member pop-rock band is known for its hybrid sound that goes far beyond the limits of conventional guitar rock, and has sold out stadiums with more than 70,000 seats in pre-pandemic times. The atypical set of members — vocalist Fukase, guitarist Nakajin, keyboardist Saori, and DJ Love, who always appears publicly wearing a clown mask — has released a string of mainstream hits including “RPG,” viewed over 180 million times on YouTube, and “Dragon Night,” an EDM-inspired track that became one of the defining trends of that year in Japan.

Fans of the quartet are also drawn to its fantasylike visual aesthetic, created through the fusion of theatrical music videos and elaborate stage sets. This conceptual characteristic has been carried over into the works of the group’s global persona End of the World, which aims to become a project that encompasses animation, fashion, and various other forms of entertainment along with its musical output. As a side note, the artwork for Chameleon is by the Japanese contemporary artist Takashi Murakami.

On the other hand, the music of End of the World and Sekai No Owari is clearly different. The former’s sound embodies the difference in musical preference of Japan and other regions, particularly the U.S. pop scene.

“In J-pop, the song that hits No. 1 on the year-end charts is usually the same as the song at No. 1 on the karaoke ranking,” the 35-year-old frontman explains. “But songs that enter the Billboard charts are more geared towards being played in clubs or played on radio. So things like the track’s length and tempo are structured differently from J-pop. That doesn’t mean Western music is less ‘pop’ than Japanese music, just that the trend right now leans towards chill sounds rather than melodious, brighter ones. As End of the World, our direction is to retain our signature catchy melodies but also accompany them with remixes and collaborations.”

Chameleon contains many collaborations, such as “Lost” featuring Clean Bandit, which has racked up nearly 20 million plays on Spotify to date, “Hollow” with DNCE, and “Over” with Gabrielle Aplin. On top of such collaborations, the album also credits numerous producers and engineers. Dividing work among many specialists on a song or album is the norm in American pop music, but still uncommon in Japan.

“At first, [the band members] were set on doing everything ourselves, using our own words. In Japan, many artists take great pride in the songs and lyrics they write by themselves, and I was one of them,” Fukase shares. “But one day, we abruptly began referring to End of the World as a ‘project’ instead of a ‘band’ and that helped us change our way of thinking about it. If it’s a project, then of course it’s done by a team.”

Producing the album through American-style teamwork ended up greatly affecting the band’s sound. “As End of the World, we consider the vocals as one of the instruments. We make sure the vocals blend in with its surroundings,” Fukase shares. ”[When working outside of Japan] it’s normal for a track to be sent in from your collaborator ahead of time, and the lyrics tend to place emphasis on rhymes and rhythm rather than meaning. With Sekai No Owari, the weight is placed on making the vocals stand out as a pop song through the arrangement. The vocals are the central player and the arrangement exists around it. I think that’s a big difference.”

Whether it be a futuristic electro track or a mellow R&B number highlighting the piano, Chameleon is an album that showcases the meticulous care that went into creating the details of its sound texture. Like Fukase says, his voice also blends into this texture. But this doesn’t mean that the group has discarded its signature pop style — lyrical melodies rise from the edges of Chameleon’s tracks, and listeners are treated to acoustic, nostalgia-inducing moments within the generally futuristic sound. “It might be that I wanted to infuse it with elements cultivated from J-pop,” the songwriter says. “I kept making sure with the producers and local engineers, asking them to point it out if they thought the J-pop element was too strong in a negative way, but to leave it in if they thought it served as a positive spice.”

When stepping out into the global stage as End of the World, Sekai No Owari chose to undergo some great changes after a period of trial and error. But the fundamental theme of the band’s music remains unchanged. The members believe that music is borderless, something that overcomes all kinds of differences. And they are positively convinced that it is possible for everyone to join together, even at the brink of the “end of the world.”

“For example, I absolutely adore Daft Punk. Their music can’t be categorized within a single genre, and there were no other groups like Daft Punk before them. I don’t think we need to categorize ourselves, either,” says Fukase. “And I value my sensibility as a human being, not just as a Japanese person. I don’t hide the fact that I used to be institutionalized for developmental disorders, and that’s because I want to be a sample for kids who are suffering from similar illnesses as mine. I want to say to them, ‘I used to be like you, but I can get up in the mornings now and I’ve never cancelled a tour before,’ and that there are people out there who suffer from similar problems. Because we’re all human.”

End of the World is set to perform a solo headlining gig in New York on Sept. 12. The show will be the band’s first live performance since the COVID-19 pandemic began. “Our American fans are all kind,” Fukase says. “They liven up our shows and sing along wholeheartedly. But because they’re like that, we consciously try to stay collected. If we become excited along with the audience, it might look energetic at first glance, but it’ll probably appear sloppy to the people observing us calmly. The way we see it, if we manage to make the people in the very back uncross their arms, then we win.”

End of the World – Chameleon Tour at Brooklyn Steel is set for Friday, Sept 12. Tickets are $35 and will go on pre-sale Monday, July 19, with a limited amount of VIP packages available at $200. Fans will also be able to livestream the show for $30.