Forza Horizon 4 is finally coming to Steam, a new trailer to celebrate 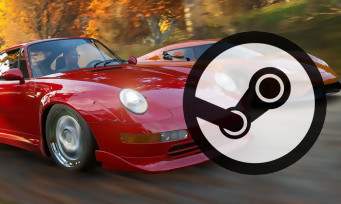 Here is a news that will undoubtedly delight the apostles of Valve / Gabe Newell who swear by this platform: Forza Horizon 4 will finally land on Steam from March 9. Several editions have already been announced (Standard, Deluxe or Ultimate), just to revive interest around a title released in September 2018 and to take advantage of the ultra-rich content of this episode which has improved even more with time. It is also the Sumo Nottingham studio that is helping the task for this arrival on Steam, since one of the peculiarities to land on this Valve launcher is to be able to play in cross-play with the entire community, whether on Xbox, Windows PC or Android. Either way, this arrival on Steam will give the game a new boost, much like it did with Sea of ​​Thieves at the time. It is also recalled that the two titles exceeded the symbolic threshold of 10 million sales worldwide. Pretty.