Farming Simulator 22 test: the most complete episode of course, but is it enough?

Every new year, its new Farming Simulator! This ancestral proverb, however, has just known an exception since no episode numbered 21 has finally seen the light of day. In addition, the 20 was dedicated to mobile platforms, which brings us today to this unprecedented situation: Farming Simulator 22 is released three years after the last major episode (Farming Simulator 19 released in 2018, for those who have difficulty in to follow). We will see that this time difference is ultimately rather positive, because there are more novelties than usual. On the other hand, the game remains intended for a very particular audience. 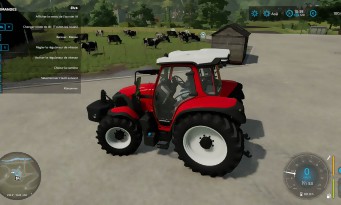 This is also the first (and perhaps the main) criticism that can be made to this new opus. It is still not a question of “the episode of maturity”, accessible to all and providing immediate fun. Yet the pre-calculated introductory cutscene worthy of an AAA could suggest that a real storyline and a single-player campaign would be there this time around. Alas, it is not. The career mode is mainly sandbox and is satisfied with three levels of difficulty, the differences being in the level of capital and starting equipment. As for the tutorial supposed to teach us the basics of the game, it does not cover a tenth of the possibilities. In short, accessibility level, Farming Simulator still has a long way to go. On the other hand, this year the game is rather generous as regards the various grounds. Three cards are available to us, and each of them has a specific atmosphere. Elmcreek is inspired by the American center-west, Haut-Beyleron is influenced by different French regions, and Erlengrat presents us with typically alpine landscapes. These three maps are vast, and have a few unusual buildings (baseball stadium, castle, observatory, etc.). There are therefore quite a few things to see during pick-up rides, even if most of the landscapes are naturally made up of cultivable fields. The walks are all the more pleasant as the graphics engine has further improved since the last episode. We are not yet at the top of technology and modernity, far from it, but the whole still seems a little less dated than before. Day / night cycle, volutes of dust, raised earth, tire tracks, plants which flatten out as we pass and other atmospheric effects come to the aid of a 3D engine which still remains below average. As for physics, it still remains approximate. Better to avoid all obstacles as much as possible, otherwise you will find your tractor balanced on a fence. 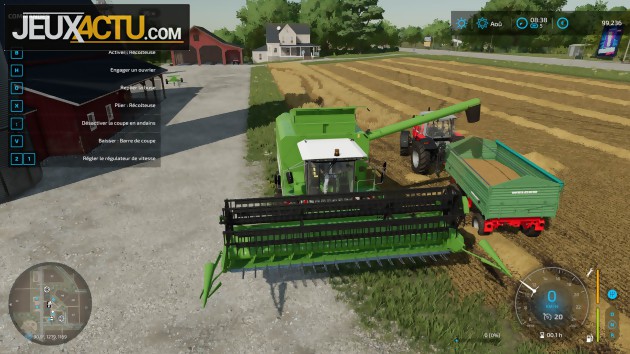 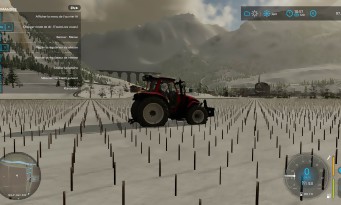 Fortunately, the novelties of this edition do not only concern the graphics engine. We are thus entitled to new types of crops (grapes, olives and sorghum), while in animal husbandry, bees (and the hives that go with them) join cows, horses, pigs, sheep and chickens. . As for vehicles and other machines, their number now exceeds 400 and includes more than 100 different brands. Despite everything, the major innovation of Farming Simulator 22 remains the arrival of the seasons, especially winter. Snow is falling and covering the land, while most crops can no longer be planted or harvested. It is therefore essential to take into account the crop calendar so as not to be taken by surprise, the seasons for planting and harvesting each resource being clearly indicated. The game also hosts greenhouses, which can save your money during periods of extreme cold, and even production lines. 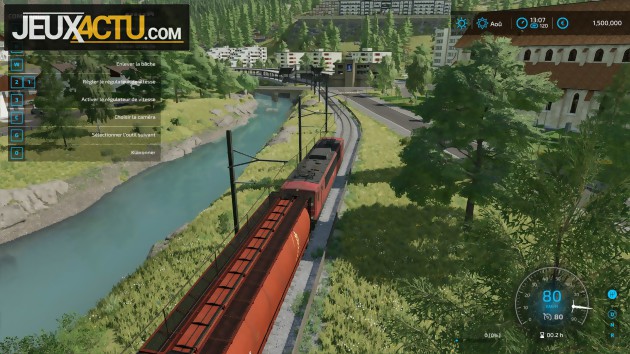 Typically, you can buy a mill to turn your wheat into flour, and acquire a bakery to turn that flour into bread. This new opus even begins to slide slowly from simulation to management, since to make cakes for example, you have to ensure a constant supply of flour, sugar, milk, eggs, butter and strawberries. Moreover the game is equipped with a module allowing to program the tasks of our agricultural workers. It is thus possible to automate certain tasks, using the commands “go”, “deliver”, “load and deliver” and “field work”. It is a very welcome addition but which still needs to be enriched and refined by the developers during the next updates, because for the moment the menus are quite boring and unclear. More generally, the entire interface is largely perfectible. Let’s finish by mentioning two last welcome novelties, but much more anecdotal than the system of seasons: the stones to be removed from the fields, and a multiplayer mode which becomes cross-platform.