Captain Tsubasa: a free demo on PS4, PS5 and Switch, all the details 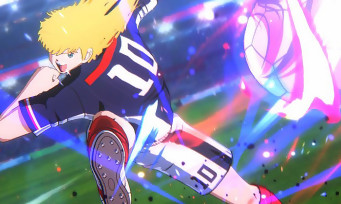 Released on August 28, Captain Tsubasa: Rise of New Champions was both a disappointment and a pleasant surprise. Disappointment as a football game, because it lacks depth, and a nice surprise if we consider the title for what it is: an Olive & Tom game in all its splendor. Well, to try to seduce as many people as possible, Bandai Namco Entertainment lets us know that a free demo of the game on Nintendo Switch and PS4 (and playable on PS5 as well) has been available for a few days. The opportunity to test the tutorial and the Versus mode (offline) with the choice of 4 different teams. Now is the time to let yourself be seduced, or not …

A demo of #CaptainTsubasa: Rise of New Champions is now available on Nintendo Switch and PS4 (also playable on PS5).

Try the tutorial and the offline versus mode for free with 4 different teams! ⚽🏃‍♂️ pic.twitter.com/Z7HrW3skox