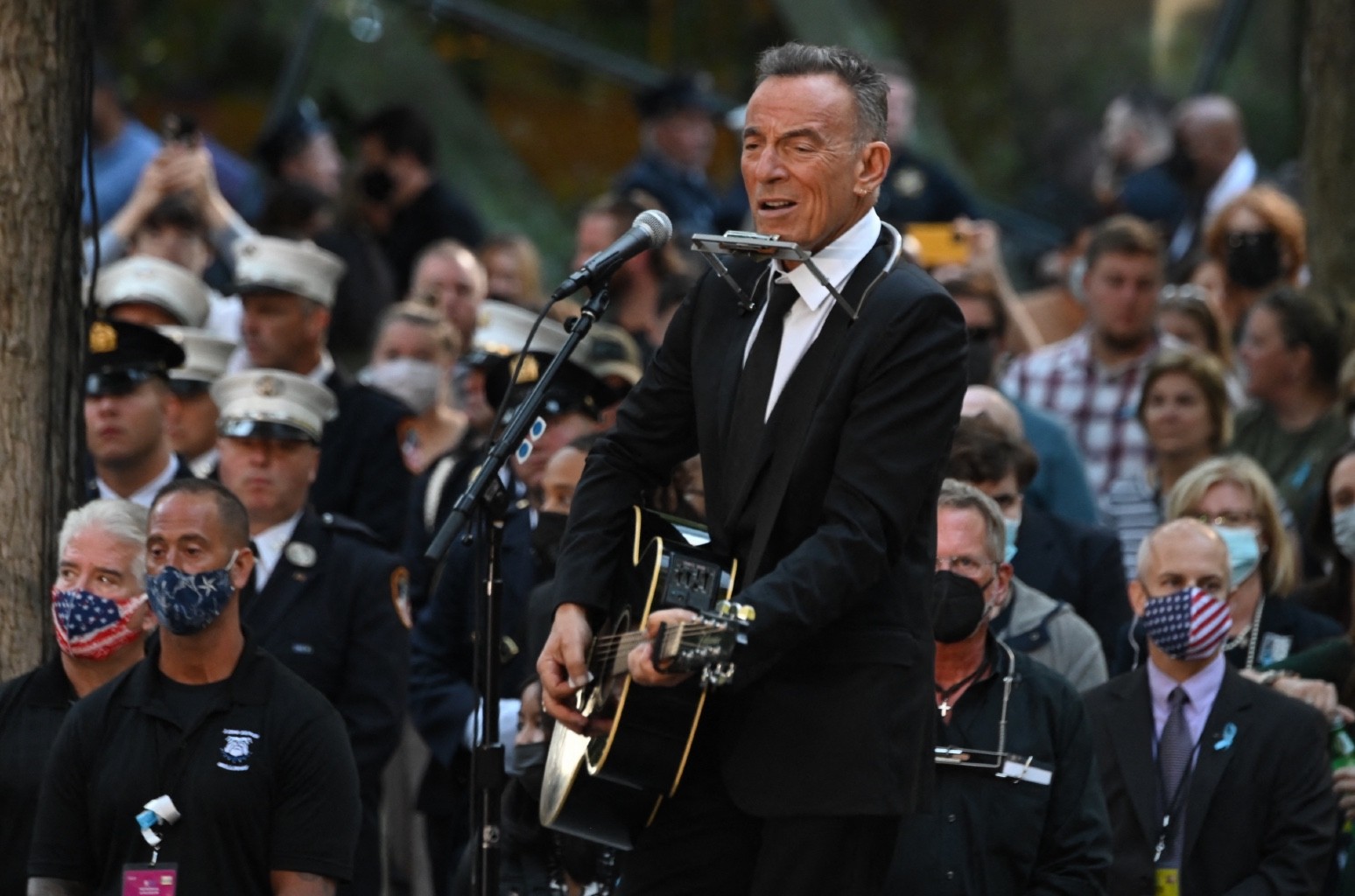 Bruce Springsteen honored the victims of 9/11 with an emotional acoustic performance of his song “I’ll See You in My Dreams” during a ceremony marking the 20th anniversary of the terrorist attacks.

The legendary 71-year-old rocker’s unannounced appearance on Saturday (Sept. 11) followed a moment of silence at New York City’s World Trade Center memorial plaza. The event was attended by dignitaries and family members of people killed in the 2001 attacks, the Associated Press reports.

“May god bless our fallen brothers and sisters, their families, their friends and their loved ones,” Springsteen said before performing. “This is ‘I’ll See You in My Dreams.’”

After his performance, relatives of the 9/11 victims reportedly read out the names of those who died in the attacks, which has served as a tradition in Sept. 11 memorial services over the years.

“I’ll See You in My Dreams” is the final track on Springsteen’s 20th studio album, Letter to You, which debuted at No. 2 on the Billboard 200 in November 2020. The set also topped Billboard‘s Top Rock Albums chart.

In a 2002 piece for Rolling Stone, Springsteen wrote about visiting New York City after the terror attacks and the sacrifices made by first-responders.

“I took my kids to Ground Zero in July. I hadn’t gone before. We just walked out onto that public-viewing platform. What’s very moving down there are the photographs and memorials. All the smiling faces. Pictures of people with their families on a sunny afternoon in the yard. People in their uniforms. They’re a reminder of the life that’s gone. I found that sight to be deeply, deeply moving. Just the sense of sacrifice,” the musician said.

“I think one of the things that shocked people was the size of the sacrifice made on that day. There’s nothing that I think could prepare people — I mean, whatever they’re paying you to be a fireman or a policeman, they’re not paying you that. And that goes to some central point about how people experience their duty, their place in the world, their connection to the people alongside themselves and to complete strangers. If you look at the past twenty years, people might say, ‘Oh, that’s disappeared from America.’ But if you look closely, it’s there every day.”

Watch Springsteen’s performance of “I’ll See You in My Dreams” at the 9/11 memorial below.