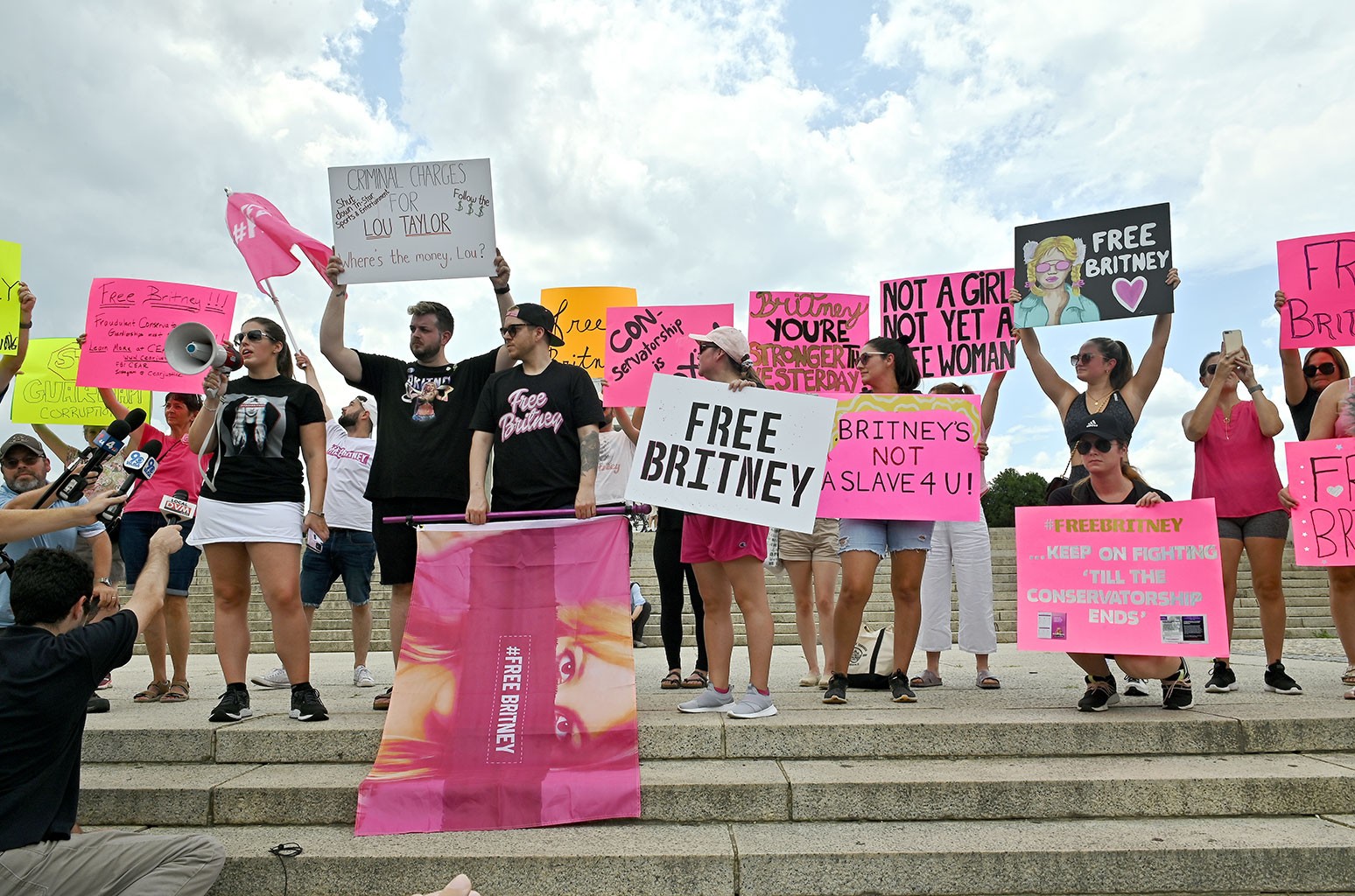 The past month has brought a flurry of action in Britney Spears‘ battle to end a 13-year conservatorship that the singer has claimed in court testimony is smothering and abusive. Now, two members of the House of Representatives have stepped forward to introduce legislation that might make it easier for people like Spears to ask a judge to replace their private guardian or conservator.

According to The New York Times, the bill — the Freedom and Right to Emancipate from Exploitation Act, or FREE — was slated to be announced on Tuesday (July 20) by co-sponsors Florida democrat Rep. Charlie Crist and South Carolina republican Rep. Nancy Mace. If passed, the legislation would allow individuals under conservatorship to request that their private conservator/guardian be replaced by a public guardian employed by the state, a family member or a private agent.

The paper said that the aim is to provide more accountability to a system in which individuals currently have to prove in court that abuse or fraud has taken place in order for the guardian to be removed from their case. “We want to make sure that we bring transparency and accountability to the conservatorship process,” Mace told the Times about the legislation. “The Britney Spears conservatorship, it’s a nightmare. If this can happen to her, it can happen to anybody.”

The bill reportedly argues that Spears’ unsuccessful pleas to the court to have her father removed as conservator are proof that her due process rights have been violated, even as it fails to fold in the systemic reforms advocates have been pushing for. Those reforms include making it easier to end the type of conservatorship Spears is under or encourage state courts to use alternatives.

Spears has become very vocal lately about what she claims are the very strict measures she lives under in the conservatorship that has ruled her life since 2008, and given outside lawyers and her estranged father, Jaime Spears, control over her personal and professional life and finances. In recent testimony in front of a judge, Spears has alleged the conservatorship is abusive and has prevented her from removing a birth control device she does not want, and forced her to perform against her will.

“The FREE Act is just a start,” Rick Black, executive director of the non-profit advocacy group that helped work on the bill, the Center for Estate Administration Reform, told the Times. “But it will drive discussions to hopefully give us statistics to help quantify the issues to help introduce real reforms and prosecute those who execute these crimes.” Crist said the narrow nature of the bill was intended to help build bipartisan support.

“We’ve tried to be very smart and focused,” Crist said of the bill that would also provide funds for states to assign independent caseworkers to conservatees to help look for signs of abuse. “That gives us a much greater opportunity to have success.”

In the midst of the conservatorship battle, Spears announced over the weekend that she will not be “performing on any stages anytime soon” while calling out her dad and sister, Jamie Lynn Spears, and a “so-called support system” that hurt her deeply.

“For those of you who choose to criticize my dancing videos … look I’m not gonna be performing on any stages anytime soon with my dad handling what I wear, say, do, or think,” Spears began in her post. “I’ve done that for the past 13 years.” She then said she’d rather share videos on social media from her living room than from the Las Vegas stage. “And no I’m not gonna put on heavy makeup and try try try on stage again and not be able to do the real deal with remixes of my songs for years and begging to put my new music in my show for MY fans … so I quit.”

On July 14, Spears was granted approval from L.A. Superior Court Judge Brenda Penny to appoint her chosen attorney, Mathew Rosengart, during a hearing in which Spears asked that her father be removed from his position and investigated.