BIOMUTANT: is your PC powerful enough to run it? Here are the configs 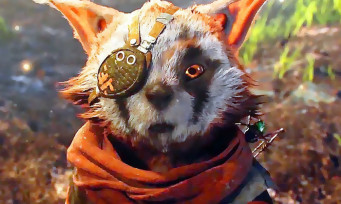 The last time Biomutant was illustrated was 3 weeks ago already and it was to reveal its release date, but also the content (and the price) of its various collector editions. Today, the game developed by Experiment 101 returns to reveal the system requirements to run the game on PC. A question that many players are asking themselves, since the game is nearing the end of its development, and it will be an Action-RPG with open environments. Rest assured, you will not need to take a walk in the rue Montgallet to update your gear, since in terms of techniques, Biomutant is rather well optimized, with only 8 GB of Ram minimum, 16 GB recommended and a graphics card that does not exceed a GTX 1660Ti or a Radeon RX 590. Clean.