All the Latin Tours Announced For 2021 (Updating) 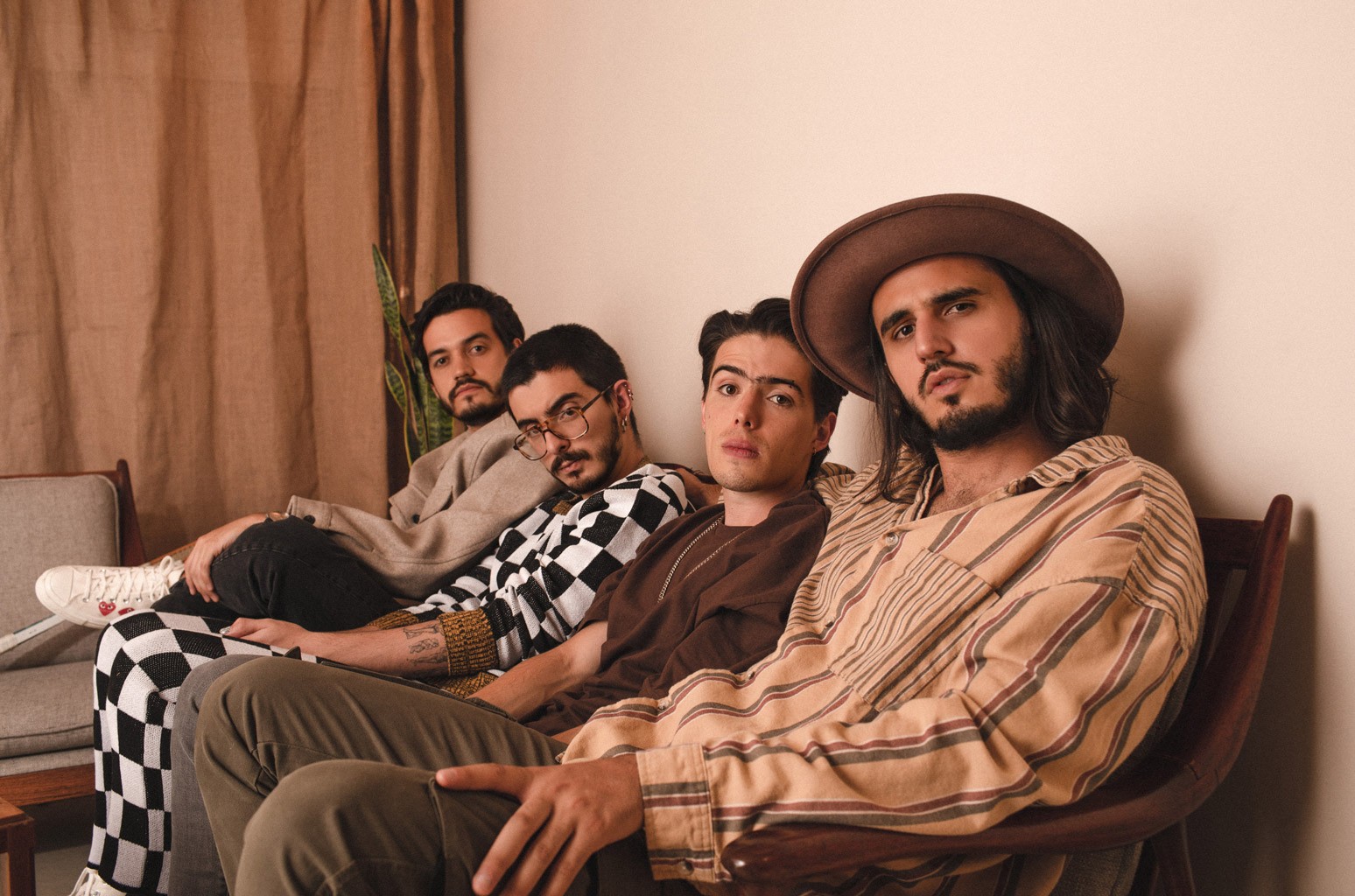 Colombian star Maluma isn’t the only one who’s announced that he’s touring in 2021. Injecting a much-needed boost of confidence in the live market — which has been significantly impacted by the pandemic-imposed shutdown — other artists who are hitting the road include Banda MS and Mike Bahía, among others.

The global coronavirus pandemic is still an ongoing health crisis, but Latin acts are looking to jumpstart the live industry with sporadic tour dates across the country.

Below is an updating list of concerts by Latin acts in 2021.

Colombian pop-rock group Morat has locked in a 14-date U.S. tour, kicking off in the fall. Dubbed “A Donde Vamos” tour, after their 2019 bop, the quartet will visit fans in Los Angeles, Dallas, Chicago, and New York, to name a few stops. The fall tour will wrap up on Oct. 24 in Miami. The U.S. tour will come on the heels of Morat’s Spain tour in the summer.

Carlos Vives returns to touring with his “Despues de Todo… Vives” tour kicking off Dec. 3 at the FTX Arena (formerly known as the AmericanAirlines Arena) in Miami. The Latin Grammy-winning, Colombian superstar will then visit fans in the U.S. and Canada throughout the first few months of 2022.  “After everything we have been through, returning to North America, to so many beloved places, to see unforgettable friends and special audiences again, makes this truly a historic moment for me,” Vives expressed in a statement.

The highly awaited tour, produced by Loud And Live, will make pit stops in Seattle, Houston, Toronto, Boston, and more cities. “After months of anticipation, Loud And Live is excited to bring this experience to his fans who have been eagerly awaiting to see Vives in concert to enjoy in his repertoire of classics and newest hits and will ensure that this is a memorable experience for all,” said Nelson Albareda, CEO of Loud And Live.

Tickets are available via Ticketmaster and AXS.

Christian Nodal announced the dates for his 2021 “Botella Tras Botella” U.S. tour with special guest Gera MX. Produced by Live Nation, the Regional Mexican star will kick off his series of concerts on Sept. 14 at Las Vegas’ Zappos Theater at Planet Hollywood and is slated to wrap on Dec. 19 at Phoenix’s Arizona Federal Theatre. Nodal will make pit stops in Orlando, Nashville, Dallas, Los Angeles, Chicago, and other cities. The tour was coined after his and Gera’s country-meets-hip-hop collab “Botella Tras Botella,” which made Billboard history as the first Regional Mexican title to enter the Hot 100 in its almost 63-year history.

Tickets are now on sale for Camilo’s first-ever U.S. tour, the Mis Manos (My Hands) tour, titled after his recently released album. Produced by Loud and Live, will hit theaters in 14 cities, beginning with Miami, Oct. 22 at the Filmore and ending Dec. 3 at the Coca-Cola Theater in San Juan, Puerto Rico.

“This is the first time I’m going on stage to perform my songs with my band,” Camilo tells Billboard. “The expectation of looking my fans in the eye, and having them look into my eyes and sing those songs, which are anthems of hope, makes this an almost mystical encounter.” See the full dates here.

Tickets are available on Ticketmaster.com.Colombian star Sebastian Yatra will perform as a special guest on the trek in select cities. Here is the complete list of tour stops.

After postponing his 2020 tour dates, David Bisbal is hitting the road for his 2021 “En Tus Planes” trek that is set to kick off Sept. 30 at The Fillmore in Miami. The coast-to-coast U.S. tour — which will follow Bisbal’s 11 shows in Spain over the summer — will make stops in major cities such as Los Angeles, New York and Chicago. The 16-date tour will wrap up Oct. 30 in San Jose, Calif.

Tickets for Bisbal’s “En Tus Planes” tour are now on sale through www.ticketmaster.com and davidbisbal.com. Check out the full dates here.

After becoming one of the first Latin artists to kick off virtual concerts during the pandemic, Alejandro Sanz returns to touring this year with the announcement of new U.S. dates of his #LaGira 2021 tour. Produced by Live Nation, the Spanish crooner will kick off the tour on Oct. 8 at Illinois’ Rosemont Theatre and run until Oct. 31 at San Jose’s SAP Center. Sanz will also visit fans in New York, Miami, Houston and Los Angeles, to name a few. Tickets for his 2021 shows go on sale at 10 a.m. local time on April 29 via Ticketmaster. See the dates here.

Marc Anthony‘s 23-date North American tour is set to kick off Aug. 27 in San Antonio’s AT&T Center, Billboard can exclusively announce. The “Marc Anthony Tour” — with stops in major cities including Chicago, Miami and Los Angeles and two dates in Canada — is produced and presented by CMN and Magnus Media, with tickets to go on sale April 30 via Ticketmaster.

In celebration of their recently released album Sonidos de Karmática Resonancia, Mexican band Zoé announced a 26-date U.S. tour set to launch in August with two dates at the House of Blues in Chicago.This year’s trek, which will see them perform in venues such as the Greek Theater in L.A. and Kings Theatre in New York, comes two years since their last tour in 2019 in support of their Grammy-winning album Aztlán. Tickets for Zoé’s summer/fall U.S. tour are on sale through www.ticketmaster.com and zoetheband.com. See the tour dates here.

At the 2021 Latin AMAs, where he performed “Tears of Gold” alongside Carrie Underwood, David Bisbal told Billboard he was also preparing for his 2021 “En Tus Planes” tour. Set to kick off in the fall, the tour begins September 30 in Miami’s The Fillmore Miami Beach and wraps up on Oct. 30 in California’s San Jose Civic. The Spanish crooner, who will be celebrating 20 years of career in 2022, will also make pit stops in cities such as Atlanta, New York, San Juan, Dallas, Chicago, and Las Vegas, to name a few. Tickets are available at www.ticketmaster.com.

Blessing fans with hits such as “El Hombre Que Yo Amo,” “Herida” and “Peligroso Amor,” as well as songs from her upcoming studio album, Myriam Hernandez announced her diverse and conceptual Sinergia Tour will take place in the fall. Dubbed “synergy,” flowers will play an important role on this tour, representing the union of the four natural elements, in addition to beauty, sensuality and mystery. The tour will kick off Oct. 8 at The Palace Theatre in Stanford, Conn., and run until Oct. 24 at Straz Center for The Performing Arts in Tampa, Fla. For full dates and ticket information, visit ticketmaster.com.

Banda MS announced their return to touring with the U.S. leg of their Banda MS Positivo tour. The Mexican musical group promises a packed concert with banda sinaloense, acoustic, and norteño music, to name a few. Spanish singer Natalia Jiménez is confirmed to join the band as a special guest on at least five tour stops. Banda MS Positivo tour will kick off on May 14 in Hidalgo, Texas and run until Nov. 20 in Stockton, Calif. They will make pit stops in D.C., Chicago, Orlando, and Memphis, and other cities.

Tickets for Banda MS Positivo will go on sale at 10 a.m. on Friday, April 9, via Ticketmaster.com.

On Sept. 24, the salsa artist will perform the first of his nine concerts in the U.S. Gilberto Santa Rosa will kick off his tour in El Cajon, Calif., and wrap up in National Harbor, Md.

The Colombian star’s newly announced 30-date U.S. and Puerto Rico arena tour is the biggest and most ambitious 2021 U.S. tour to date. Maluma’s Papi Juancho tour will kick off Sept. 1 in Sacramento’s Golden 1 Center and wrap up at Chicago’s Allstate Arena on Oct. 24.

Colombian singer-songwriter Mike Bahía is set to hit the road for a mini tour in March. Bahía will kick off his three-day concert series in Miami on March 11 and will make stops at Orlando and Houston.