20 Questions With Nora En Pure: The Producer on Her Love of Deep House, The Ocean & The Offspring 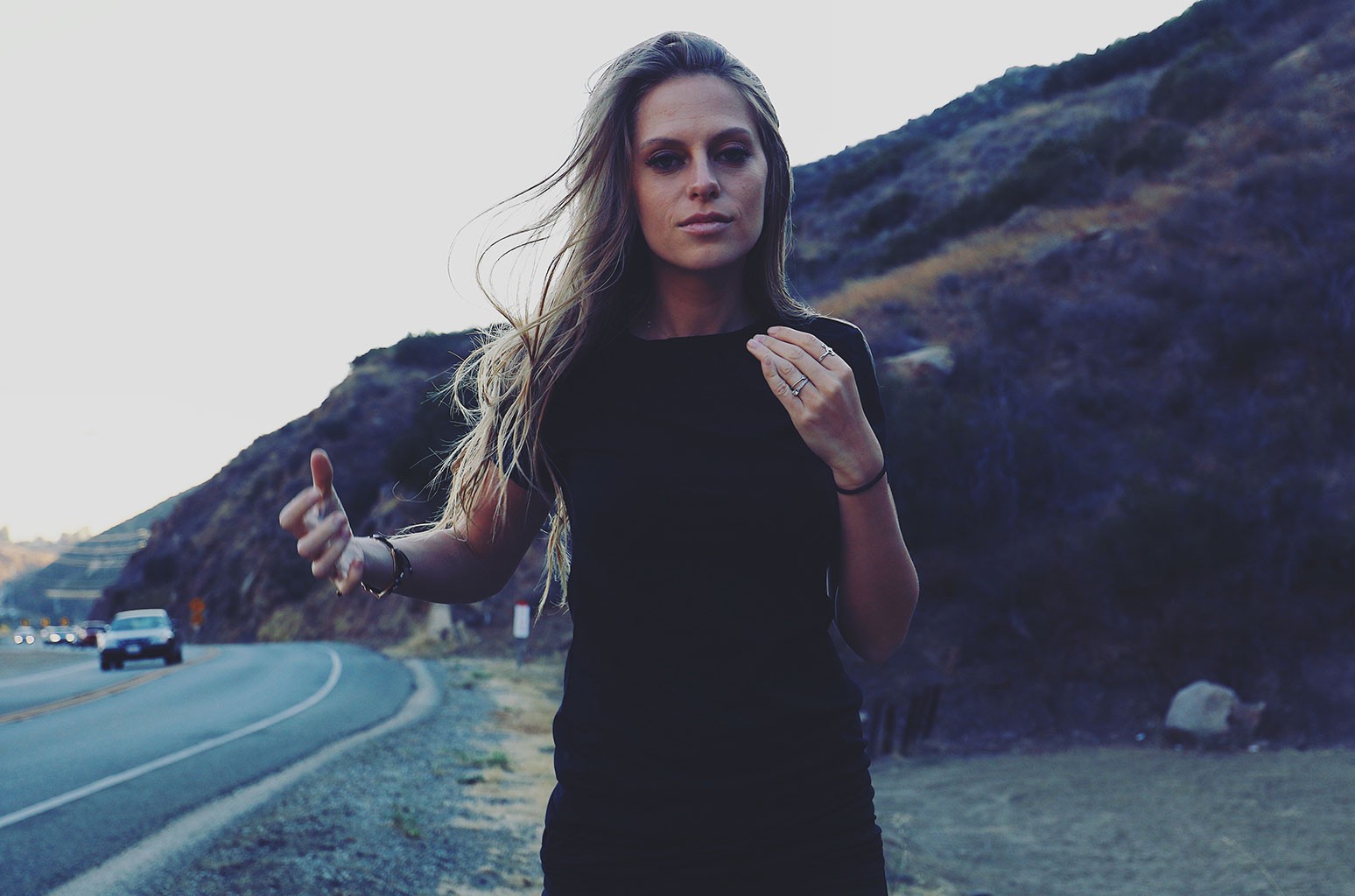 In the same way a mountain vista or a particularly potent sunset is moving, that’s how Nora En Pure’s music is moving. The deep house productions of the South African-born, Zurich-based producer possess a certain kind of epic grandeur — just like the natural world that inspires so much of the music by the artist born Daniela Di Lillo.

This past year, Di Lillo had ample time to hang out in the natural beauty of Switzerland, spending time in the Alps during lockdown when she was unable to tour, and also flying down to South Africa — a place she calls her favorite spot to spend time in the wilderness — this past January.

Throughout it all, Di Lillo was making new music, some of which can be heard today (July 22) via the newest Nora En Pure track, “Won’t Leave Your Side.” Out tomorrow via Swiss label Enormous Tunes, and premiering below via Billboard Dance, the gently propulsive and ultimately soaring track features vocals from U.K. artist Liz Cass, and extends Di Lillo’s position as one of the scene’s leading deep house producers.

Here, Di Lillo reflects on her childhood, why her work is a good entry point into electronic music, and why deep house makes her feel “at home.”

1. Where are you in the world right now, and what’s the setting like?

I’m currently on my way to Amsterdam for a meeting with my merch producers. So, as so often, I’m currently in a plane with a beautiful view and nice weather outside.

2. What is the first album or piece of music you bought for yourself, and what was the medium?

That was a CD! I am not sure if it was a compilation or an EP of some artist that was hype at that moment, but I felt very proud owning my own CD after countless exchanges of recorded cassettes with friends from school back then.

3. What do your parents think of what you do for a living?

They love what I do, they are proud, supportive and always very happy whenever they can join me for a live show and also to check out some new tracks. I did get a degree first before giving the musician career a shot, which I’m sure was important for them too back then.

4. What was the first song you ever made?

Good question. I think it was some bootleg of some classics or other rather playful ideas that didn’t necessarily sound all that great!

5. If you had to recommend one album for someone looking to get into electronic music, what would you give them?

6. What’s the first non-gear thing you bought for yourself when you started making money as an artist?

I wouldn’t even be able to remember that! The only expensive things I have at home is my gear. I value experiences over materialistic goods — so we maybe spent more on our travel expenses and those kind of things. I do spend a good amount on cameras and lenses. I also bought a drone some years ago, as I really love photography and filming.

I used to go to rock concerts rather than raves when I was growing up, but either way I love the energy of live concerts / sets. One of my favorite bands was The Offspring, and I went to see them several times — always loved it! Open air festivals were my favorite, with camping and all that.

8. What was your first show back after lockdown like?

I had one show in the Summer of 2020, when things looked a bit better again in Europe — and I played in one of my favorite cities, Prague. That was really amazing and it gave me shivers. Then in March of 2021, I did a few small shows in the States. It was kind of normal for people to be out again, as clubs had been open for months already there, so I think it was more special to me than it was to them! Either way it felt amazing to hear so much music finally in this environment, on a big system and playing it for a crowd.

9. What do you find most compelling about your chosen genre of deep house?

I consider it really deep music. It has a lot of emotion, rather than just energy. It is challenging to always work on new melodies and ideas that authentically trigger feelings in the listener, same for the sets. I think it is much more tricky to build a set 1) with very melodic music and 2) that has a good balance of emotional music, but also brings the right energy. The challenges keep it interesting. It’s maybe also a feminine thing to work with such emotional music. In the end, it’s where I feel at home, and that is my niche.

10. One of the big narratives about your music is how you fuse it with a sense of nature. Where is the last epically beautiful place in nature that you went to? What did you do there?

The last stunning nature spot I was at were the Swiss mountains, which one can see often on my Instagram. I went for a hike with my brother and my dog. Over the last year and a half, while traveling was less of an option, I got to discover my own Swiss backyard even more, and it really is breathtaking! I really love it and feel so lucky to live here. In January of this year, I was in my home country of South Africa, which will always be my number one spot to spend time in the wilderness.

11. That said, your work certainly must take you to a lot of big cities. What do you enjoy about those more metropolitan places?

I have learnt to appreciate them more and more, as I’ve really never been a city person and they often tend to induce stress for me. However, with time I have begun to associate them with great shows, a vibrant atmosphere that makes you feel a bit busy — but also very alive.

12. You’ve partnered with the nonprofit Beneath The Waves, which focuses on long term ocean conservation. If you were an ocean creature, what would you be and why?

I’m deeply in love with humpback whales; they have always captivated me. They are such calm and gentle souls while being such powerful animals. I think the human race could learn a few things from them, and animals in general. I also love dolphins and how playful they are, so me being a creature I would go for one of those two.

13. Seriously though, why is protecting the oceans important and what can people do to further this cause?

It is always important and should be our number one priority to ensure we give back to nature, animals and our planet in general. It’s the basis of our human life as well, so it’s vital for all of us to restore the balance and let overexploited areas heal and recover. The human race is too focused on profit and quickly forgets the ones that don’t have a voice.

Beneath the Waves is dedicated to promoting ocean health, with a focus on threatened species conservation and marine protected areas. For me it’s important to educate people on matters they have maybe not thought about before and give a spotlight to good causes, so I’m excited to actually get started on this work with Beneath the Waves.

14. Your new track is called “Won’t Leave Your Side.” Where did you make the track, and what was happening your life while you were making it?

It’s been a longer process for this one, as Liz and I were going back and forth about the vocal ideas. I mostly worked on it in Zurich while she lives in the U.K., but once we had this layout of the track we really liked it, and released it quite quickly.

15. This song is kind of a tearjerker. Does it make you cry? What does its message mean to you?

For me instrumental pieces are often more sentimental than vocal tracks. It is an emotional one for sure — but I think, like most of my tracks, it has a good balance between melancholy and happiness.

16. What should people know about the electronic scene in your native Switzerland?

That people are having a good time even if they look chilled out!

17. Finish this sentence: the most exciting thing happening in dance music right now is?

Probably the push for diversity.

18. What’s the best business decision you’ve ever made?

19. Who’s been your greatest mentor, and what was the best advice they gave you?

Musically I haven’t really had a mentor. In my life I have always been influenced greatly through my parents, my upbringing and also my brothers.

20. One piece of advice you’d give to your younger self?