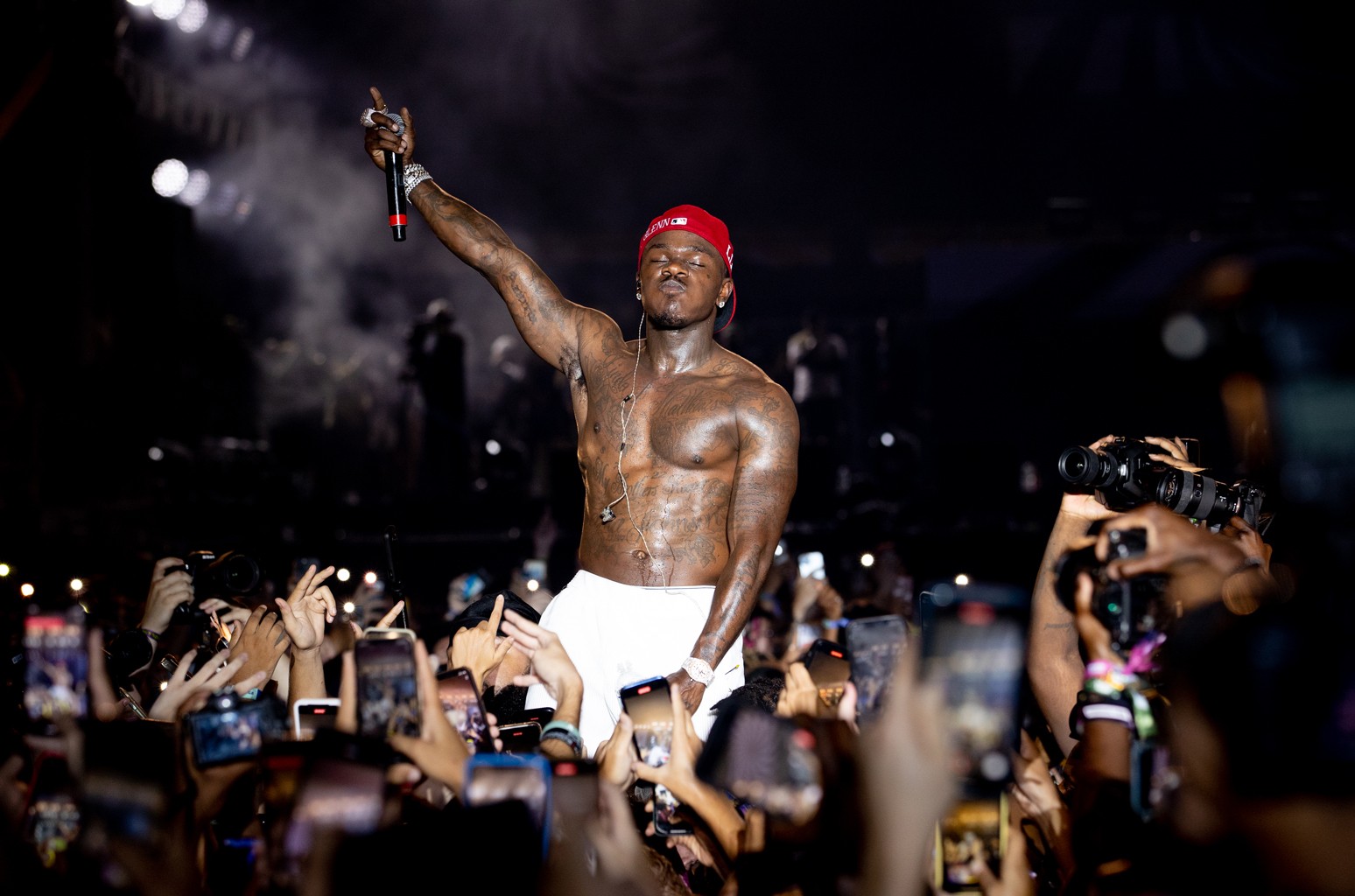 On Wednesday (Aug. 4), 11 leading organizations in HIV/AIDS education, prevention and treatment have penned an open letter to DaBaby requesting a private meeting to address his miseducation.

Organizations including GLAAD, Black AIDS Institute, Prevention Access Campaign, and more, as well as researchers from Emory University, the University of Houston and Wake Forest University, addressed the North Carolina MC two days after he issued a formal apology for his homophobic rant at Rolling Loud Miami on July 25.

“I want to apologize to the LGBTQ+ community for the hurtful and triggering comments I made. Again, I apologize for my misinformed comments about HIV/AIDS and I know education on this is important,” DaBaby wrote in a lengthy note on Monday, additionally thanking those who reached out to him offering “wisdom, education, and resources. That’s what I needed and it was received.”

Elton John was among the high-profile musicians speaking out after DaBaby’s controversial remarks, offering the rapper, his fans and other artists important information about HIV and AIDS, courtesy of his Elton John AIDS Foundation.

The new memo from the 11 organizations underlines how HIV is a preventable, treatable condition, how it disproportionately affects the Black community in the U.S. and how the stigma around it can spread fear. During the Blame It on Baby artist’s onstage tirade last week, he claimed HIV/AIDs is a “deadly sexually transmitted diseases that’ll make you die in two to three weeks.”

“DaBaby and all Americans must learn the truth about HIV and work towards defeating the stigma that keeps people from HIV prevention and life-saving treatment that allows them to live long and healthy lives, and not transmit HIV. Together with leaders in the HIV field, we are asking for a meeting with DaBaby to educate and enlighten him, and all Americans, about the facts: HIV is preventable and with treatment, it can become undetectable and therefore untransmittable,” says Dashawn Usher, GLAAD associate director, communities of color, in a press release. “DaBaby can be a powerful and influential voice where Black Americans need it most. We urge him to learn the facts and use his platform to share the truth that can save lives.”

Adds Raniyah Copeland, president/CEO of the Black AIDS Institute: “Because HIV disproportionately impacts all Black Americans more than any other race, the Black AIDS Institute’s motto has remained Our People. Our Problem. Our Solution. DaBaby’s words reflect the mindset of many Black folks. Whether it’s stigmatizing people who are gay, trans, and/or living with HIV, or it’s a deeply-rooted misogynoir, we can end HIV within our lifetime only if we work past ignorance that holds up systems of anti-Blackness that hurt and divide us. It’s why critical conversations about shaming and oppressing our own people must be had in the whole of Black communities. Having Black-led HIV organizations, particularly from the south, join this effort underscores the need for widespread Black leadership in brokering conversations that turn the misinformed into messengers of truth. We must ensure we ourselves are creating a world where all Black lives are afforded the humanity we deserve.”

Read their open letter below:

We, the undersigned, represent organizations leading the fight to prevent HIV and provide care and treatment for people living with HIV, especially Black LGBTQ people across the Southern United States.

We heard your inaccurate and harmful comments at Rolling Loud and have read your Instagram apology. However, at a time when HIV continues to disproportionately impact Black Americans and queer and transgender people of color, a dialogue is critical. We must address the miseducation about HIV, expressed in your comments, and the impact it has on various communities.

2021 marks the 40th year of the HIV/AIDS epidemic and the greatest obstacles in our work to end HIV are the compounded stigmas attached to anti-Blackness, living with HIV, misogyny, and anti-LGBTQ attitudes and stereotypes, all of which are fueled by misinformation. Fear and stigma keep people, particularly Black Americans, from accessing HIV prevention or care that White Americans have historically accessed and continue to access more easily. We believe you now have an opportunity to not just move past this unfortunate incident, but to use your platform and celebrity to heal not harm.

We believe that anyone can be an HIV advocate by amplifying: how there is medication (PrEP) that can prevent people from getting HIV with one pill a day, how routine treatment stops the virus from being passed on by people living with the HIV, how people receiving HIV care can survive and thrive while living with it, and how open and empathetic conversations eliminate stigma. You can be a powerful and influential voice, especially across your home base in the South, where the Black community’s needs are notoriously under-represented across every public spectrum. We encourage you to share this information with your fans and followers, and become an agent of truth and change.

Music artists have historically led the way to lift up understanding of HIV and accelerate LGBTQ acceptance. Several artists and platforms have spoken up against you. While we appreciate their stand, we also invite them to take action and to do their part to end HIV by supporting organizations like ours serving people who are Black, LGBTQ and/or living with HIV.

As mentioned in your latest apology, education is important. We agree. GLAAD and Gilead Science’s 2020 State of HIV Stigma Study found that 90% of Americans believe “there is stigma around HIV,” that “people are quick to judge those with HIV,” and “people make assumptions when someone is tested for HIV.” There were a significant number of people (40%) who did not know that HIV can be treated. Nearly 60% wrongfully believe it is “important to be careful around people living with HIV to avoid catching it.”

Here are the facts:

As leaders of organizations directly serving Black, LGBTQ, and HIV+ communities, we invite you to a private, off-the-record, virtual discussion with us. You stated you now understand how and why your comments were damaging. An open conversation holds the potential for you to now create meaningful impact by transforming from an adversary to an advocate.