Twitch: TF1 will also launch a program adapted to the Amazon platform 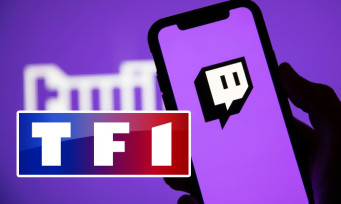 Twitch is no longer a platform dedicated to the gaming community, we will have to get used to it. Indeed, after Samuel Etienne (who was dubbed by the Twitch chat), the attempt of France Televisions there is little and the arrival in less than ten days of Thierry Beccaro, we learn that it is at TF1’s turn to take a – very – close interest in Amazon’s broadcasting platform. The goal for the French media giant is to conquer a new audience, especially the youngest who have deserted conventional television to turn to programs that are more suited to them, especially on social networks and of course Twitch. It must be said that Samuel Etienne’s morning show, “La Matinée Est Tienne”, is a hit with audiences on Twitch with more than 10,000 viewers each time, and this success is bound to be envious. On the TF1 side, we want to dust things off, starting with a new JT formula which will celebrate its 40th anniversary this year. It will obviously be possible to adapt the news according to your desires, with the possibility of choosing the duration of the news, but also the topics covered such as economy, sport, politics or more diverse facts. According to Thierry Thuillier, who serves as news director of the TF1 group, we must diversify the offer and move especially towards digital to reach the young public. We remember the monthly live interviews with government spokesperson Gabriel Attal, with 30,000 views for the first edition, or even the master classes that took place on TikTok at the end of January 2021, but TF1 wishes to go further with the launch a new news program on Twitch from March 2021. At this stage, TF1 has not yet given details on the turn of this program, nor even disclosed the identity of the presenter. The choice of the latter will also be essential to succeed in capitalizing on an audience ready to follow him on Twitch, while succeeding in convincing users who already consume Twitch on a daily basis. We will of course keep you informed.