The Quarry: how long will the game last? Supermassive Games’ response 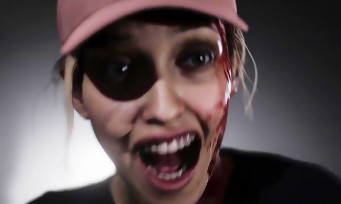 Expected for June 10 on Xbox One, Xbox Series X, Xbox Series S, PS4, PS5 and PC, The Quarry will have a lifespan of ten hours. This is indeed what Will Byles, the director of the game, confided in an interview with SegmentNext. “Depending on the player, a run of The Quarry can take around ten hours,” he explained. people will want to take other forks and make different choices. If you want to experience all the alternatives in The Quarry’s story, you might be in for a very long time!”

Recently, the same Will Byles indicated that The Quarry would include 186 different endings. “For a film, the actors are used to dealing with scenarios of a hundred pages. That of The Quarry is over 1,000 pageshe explained. So they were alarmed. It involves turning 50 pages a day, it’s something new. That’s a crazy number of sequences. We’ve worked on 186 different endings for these characters, and it’s not just about the classic “dead or alive.” What they experience throughout the game is extremely varied. Mathematically, branching is just a nightmare. In fact, it’s exponential.“Indeed, there will be plenty to do.