The Medium: the Microsoft excluded profitable in just one day, the details 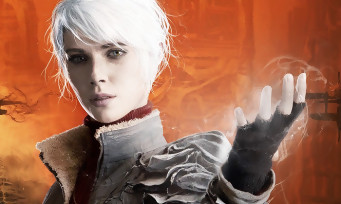 Released on January 28, 2021, both on PC and in the Xbox family (One, One X, Series X, Series S), The Medium has already paid for itself in a single day of operation. It is the studio Bloober Team which announces it at Money.pl, a Polish daily newspaper, and specifies that the development costs but also those related to marketing are already covered. For the time being, no figure has been communicated by the studio, which has nevertheless benefited from Microsoft’s strike force since it was available from its launch in the Xbox Game Pass. For now, the game is a Microsoft exclusive but it is rumored that the game could land on PS5 in the coming months. We remind you that Bloober Team is an independent studio based in Poland and it is they who developed Blair Witch in 2019. Finally, we remind you that The Medium is available at a price of 49.99 €, but that it is included in the Xbox Game Pass Console and PC.

Days Gone: we discover images of the PC version, and the configurations
24.02.2021 14:19
Комментарии для сайта Cackle