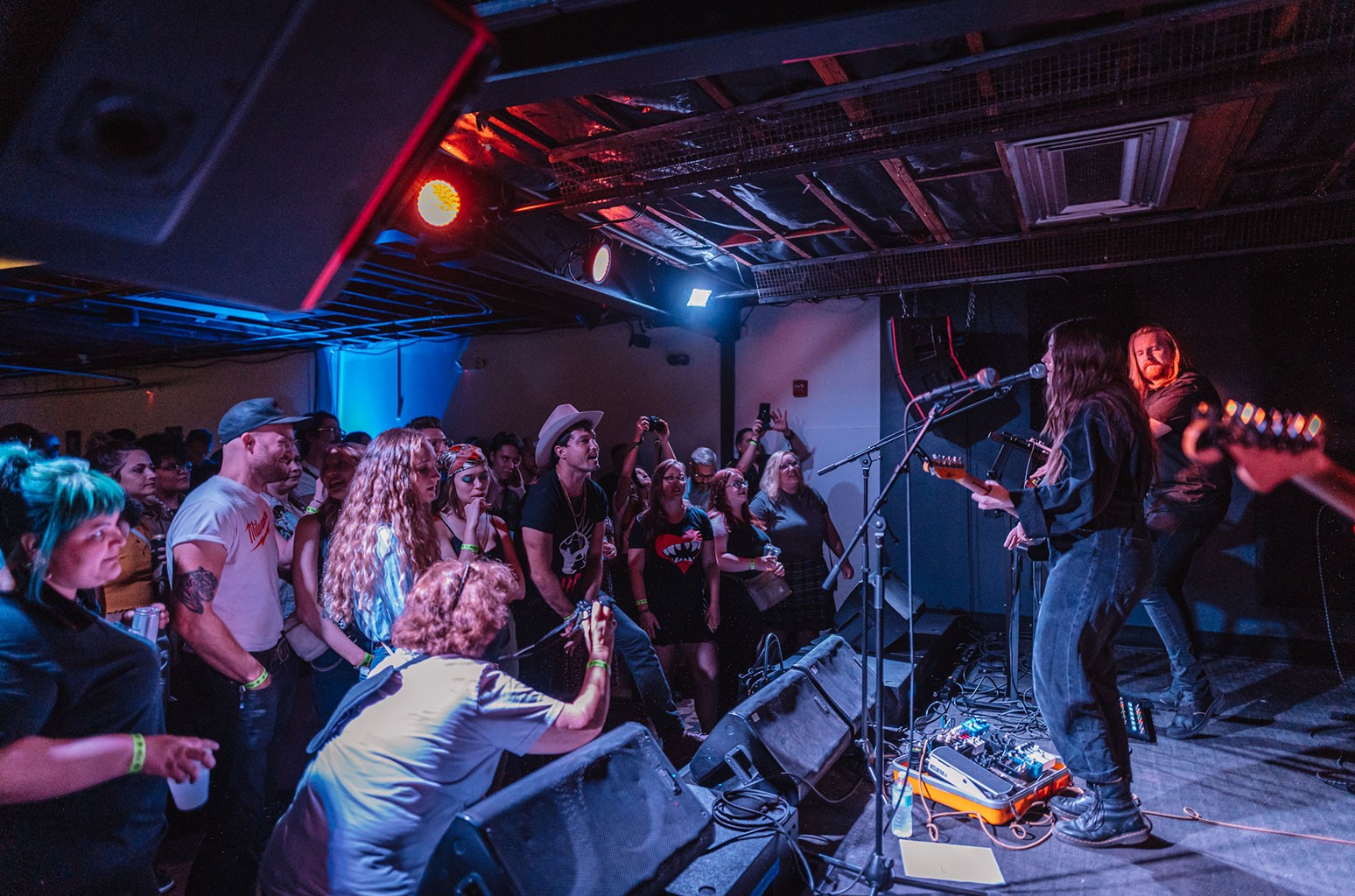 There were plenty of cheers, smiles and carefree hugs as fans filled Phoenix’s Rebel Lounge on Friday to see Sydney Sprague perform the venue’s first 100% capacity show since the pandemic forced the closure of the 300-person space.

The venue’s owner Stephen Chilton was one of the first people to join a group of fellow indie promoters to form the National Independent Venue Association, where today he serves as vp of the group’s board. NIVA helped win the passage of the federal bill that created the Shuttered Venue Operators Grant, allocating $16 billion in grants for venues hurt by the pandemic.

The allocation of the grants finally began two weeks ago, but so far, less than 1% of applicants — 90 out of 14,000 — have received award notices from the Small Business Association. Those initial allocations are currently being distributed to Priority 1 applicants, or those who lost 90% or more of their revenue between April and December 2020. NIVA estimates that nearly 5,000 entities fall within the Priority 1 category and stated in a letter sent to Congress Wednesday that venues are continuing to be left behind as the rest of the country returns to “normal.”

“Everyone is frustrated,” said Chilton, who said he and other NIVA board members have been on the phone constantly with venue managers who are quickly running out of cash. Some have been able to borrow money, but many lenders are hesitant to loan funds to venue owners with little cash flow and no guarantee of federal funds.

In order to receive funds, venues had to certify they operated as independent music performance spaces, a requirement instituted by Congress to avoid fraud. But the molasses-like pace with which the SBA is reviewing applications,” threatens the “future of many beloved venues” Arizona representative and former Phoenix Mayor Greg Stanton wrote in a open letter to SBA Administrator Isabella Casillas Guzman.

So far, the SBA’s rollout and execution of the grant program has been a disaster. Venue operators waited three-and-a-half months after the program became law before the SBA opened a portal to apply- only to see the portal crash the same day,” Stanton noted. “Today, a venue operator in my district wrote me: ‘We are past our breaking point. We can’t hang on any longer. Please tell me: What are my constituents – on the verge of closing their businesses forever- supposed to do?”

Guzman promised during a House Small Businesses Committee hearing on May 26 that the administration had started rolling out award notices for the grant, with 30 notices delivered in the first week, followed by another 60 over the next seven days.

Adam Hartke, owner of venues Wave and The Cotillion in Wichita, tells Billboard the slow pace and lack of answers has been “frustrating.” Both of Hartke’s venues fall into the Priority 1 category, and the extent of the SBA’s communication with him has been the movement of his application from “submitted” to “under review” three weeks ago.

Hartke is also the  Advocacy Committee co-chair for NIVA and precinct captain for Kansas, Oklahoma, Missouri and Nebraska. Out of the few hundred venues in his precinct, only three have been notified of awards and zero have received funds to “hire back employees, pay back rent, put deposits on bands and productions, order food and beverage to serve patrons,” and pay capital expenses, according to the NIVA letter to Congress.

The letter adds that it has been 165 days (5 ½ months) since the enactment of the law and 45 days (1 ½ months) after the SVOG application portal opened (the second time, after the failed launch on April 8).

Hartke admits to being nervous about hosting one of his first his first sold-out shows at Wave tonight. “We’re struggling just to pay the regular show expenses that occur with a sold-out show. The only reason we’re so thin is because we spent all our reserves and all the money we had in our bank account to sustain for the last 15 months.”

Several sources, including Hartke, have informed Billboard that delays have been caused by issues with the SVOG-specific version of IRS form 4506-T, which allows the SBA to access tax records. Some venues also landed on the Treasury Department’s Do Not Pay (DNP) list after owners’ social security numbers were incorrectly linked with deceased individuals.

Hartke says these issues have caused anxiety for thousands of applicants, who had to prove they weren’t dead.

“It seems as if there’s no rhyme or reason as to why people are having issues flagged with their accounts when there are no actual issues,” he says.

Despite entering banking information with the application at the end of April, Hartke says one venue in Oklahoma that did receive an award notification was asked to resubmit their bank account information.

“There is frustration from that particular venue owner for sure. He’s in dire need and he’s having to resubmit information that they already have. It’s going to extend the time he’s waiting,” says Hartke. “We’re optimistic, but we’re losing hope. We’ve been told so many different things by the SBA that haven’t come to fruition. The sentiment [amongst venue owners] at this point is one of lost faith.”

“Although the award/funding is great for the Palace, it is very distressing knowing that our industry as a whole is suffering,” Elbaum tells Billboard. “A road show/act doesn’t just pop into Albany, New York. They need to be able to travel/route to multiple venues in order for things to work, so being the only venue to receive an award doesn’t really fix the problem. We need to save the industry.”

Chilton says he’s still worried about the slow pace of the rollout, but is also optimistic the situation will improve.

“A lot of venues made the decision to hold on instead of close when the aid package was approved, not knowing how long it would take,” he noted. “Ultimately that saved a lot of venues from closing after the first of the year, but the delays are making it increasingly difficult for people to hold on.”