Song of Horror: the game finally gets its release date on Xbox One and PS4, a new trailer as a bonus 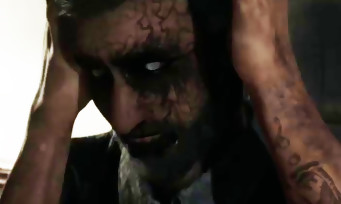 It is therefore from May 28 that Song of Horror will land on Xbox One and PS4. This is indeed what Raiser Games announces through an official press release, pointing out that the five episodes are already available on PC. Naturally, the consoles of Microsoft and Sony Interactive Entertainment will be entitled to all the chapters from the start at a price that should be around thirty euros.

For those who have never heard of Song of Horror, we remind you that the game from Protocol Games allows you to play 13 characters, each of them investigating the mysterious disappearance of thewriter Sebastian P. Husher and his family. But once there, they will realize that an entity embodied by AI (The Presence) is determined to make them disappear as well.

“Each character is different and brings their own unique perspective to the investigation, allowing them to examine clues and objects from different angles, we are told. Their actions and decisions will shape the world: some of them will have a more or less extensive knowledge of certain aspects of history; others will be more effective against supernatural manifestations, but they can all die if The Presence reaches them – and death is final.“This encourages us not to do anything with every protagonist.