Six Days in Fallujah: Santa Monica (God of War) had picked up the project 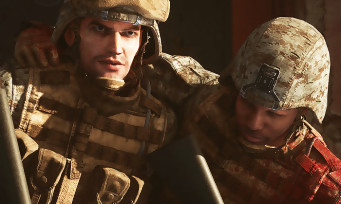 The video game industry has some frankly unexpected surprises, like this fact that we have just learned of the existence: Six Days in Fallujah, the military FPS telling the Battle of Fallujah, was at one time entrusted to … Santa Monica Studio, the famous firm behind the God of War saga. It was David Jaffe, himself the creator of Kratos’ first adventure, who revealed the thing in an interview with Jeff Garvin, Creative Director of Days Gone, on his YouTube channel: Jaffe actually asked him if he was aware that Santa Monica had recovered Six Days in Fallujah years ago, which replied in the affirmative. Present during a project validation session, Garvin would have seen the start of the work, then canceled by Sony. “Whenever this game started to sound like something that offered a real look at war, the companies would say “yes, but no thanks” “, admits the former member of Sony Bend.

It must be said that Six Days in Fallujah has always been controversial: already in 2009, when it was announced, its vision of the Iraqi war from a very American (and patriotic) point of view had pushed Konami to backtrack, then abandoning design. It was only a few weeks ago that we learned of its restart, now operated by Highwire Games and published by Victura. The app should also be released at the end of the year on PC and consoles.