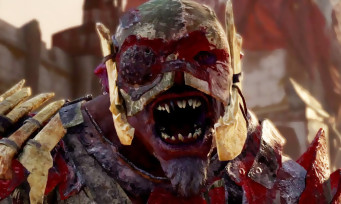 A few weeks ago, during the LeDébat program broadcast on the LeStream channel on Twitch, we were asked what we think was the best adaptation of a film into a video game. Without hesitation, we chose the series Middle-earth: Shadow of Mordor and especially its sequel Middle-earth: Shadow of War. Among the particularly ingenious gameplay elements that we raised was this famous Nemesis system, which allowed any enemy to be not only equipped with a sharp AI, but also to be able to evolve if ever the latter. managed to kill Talion. An orc is indeed to see his tree of skills grow like his status within his clan, while keeping in mind the confrontation that took place beforehand.

We mentioned in this show that it was a shame that no other studio would reuse this ingenious system. The reason is actually very simple: Warner Bros Games simply patented this Nemesis system as evoked by the YouTube channel Game Maker’s Toolkit, during a video where he explains the genesis of this under-rated series. Rumors had been raised about reusing the system in a Batman or Harry Potter game a few years ago, but nothing has materialized. This is the reason why no other publisher or studio has allowed themselves to take up this well thought out system, and the affair between SEGA and Fox Interactive which had totally plagiarized the concept of Crazy Taxi with The Simpsons: Road Rage is still good. fresh in the head of the editors. There have been a few things picked up here and there, like the Mercenary mode in Assassin’s Creed Odyssey, and being able to play with any NPC in Watch Dogs Legion. But nothing that has the depth of the Nemesis system of Shadow of Mordor and Shadow of War, which also had an impact on the story and progression. Warner Bros Games is well aware of the importance of its system that it will do anything to protect it.