Rust Comes To Consoles This Spring 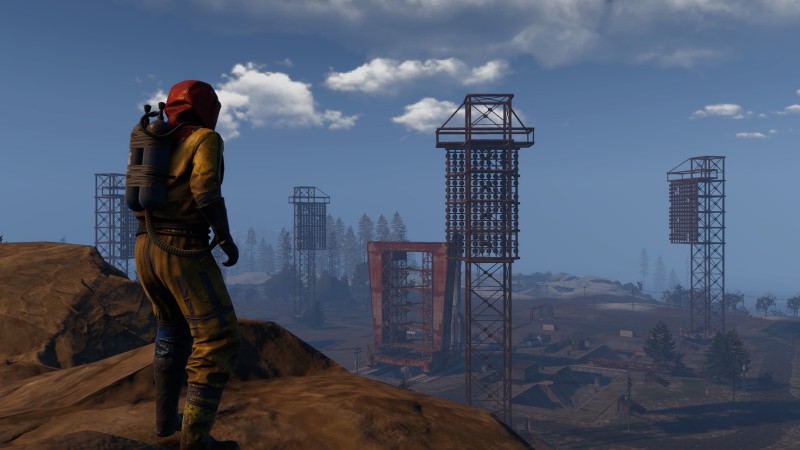 Popular survival game Rust is coming to consoles this spring. The game has long been one of the most played games on Steam since it first launched in Early Access in 2013 (and hit 1.0 in 2018) and now PlayStation 4 and Xbox One players will finally have a chance to see what the fuss is all about.

Before Rust officially launches, a closed beta is currently taking place and will last for the next few weeks. If you’re a console player who always wondered what exactly Rust is, it tasks players with surviving an unforgiving world inhabited by other players where rules are more or less non-existent. While you still need to combat thirst, hunger, and weather by crafting tools, weapons, and shelters, the game’s core appeal comes from encountering other players (up to 100) and the emergent stories that come out of these interactions.

They can range from something as cool as working alongside strangers to share resources, build elaborate shelters, or even form your own society. Other times, well, I think former Game Informer editor Javy Gwaltney put it best in his 2018 review of the game:

“The amount of toxicity I came across was also off-putting. I encountered constant disturbing and bigoted behavior, from players screaming racial slurs to mimicking sexual assault over other corpses. As the distasteful interactions and glitches mounted, my enjoyment of Rust’s better qualities waned. You can turn down the volume to mute voice chat, but that’s basically closing yourself off to Rust’s emergent stories.”

So yeah, Rust on PC can be a bit of a wild west. It’ll be interesting to see if the less-savory aspects of the community carry over to consoles and if it’ll be addressed any differently than on PC. It’s worth noting that the console port is being handled by Double Eleven instead of Rust’s original PC developer, Facepunch.

Although Rust has changed over the years, you can read our full review of Rust’s launch state here for a more complete idea of what to expect before it comes to consoles.

Will you be jumping into Rust for the first time on consoles? Let us know in the comments!