Resident Evil Village: the demo will be available longer than expected, Capcom generous with the fans 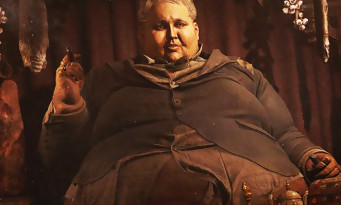 Capcom has decided to respond favorably to the fans’ request. Indeed, the latter – especially those who have a social life – regretted that the demo of Resident Evil Village was only available for 24 hours. As a result, the trial version – which will be deployed on May 2 at 2 a.m. on all platforms – will no longer be deactivated on May 3 as initially planned, but on May 10 at the same time.

We’ve heard your feedback and are extending the availability period for the final 60-minute multi-platform #REVillage demo.

The original 24-hour window starting 5PM PDT May 1 (1AM BST May 2) has been increased by a week, and now ends at the same times on May 9 PDT (May 10 BST). pic.twitter.com/8VKEU8bMnu

This is excellent news, therefore, even if the conditions do not change. Indeed, we will always have about sixty minutes to walk both in the Village and in the Castle, which is more than enough to get to know the Lycans, for example. We remind you that the owners of PS5 and PS4 had the premiere of the demo, hence our recent impressions of the game and the many videos posted on social networks.

As a reminder, Resident Evil Village is expected for May 7 on Xbox One, Xbox Series X, Xbox Series S, PS4, PS5, PC and Stadia.