It Takes Two: a new trailer with gameplay in it, unity is strength 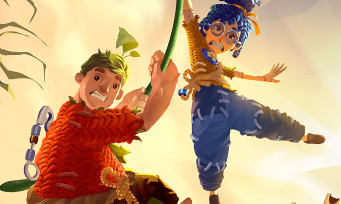 It Takes Two resurfaces with a brand new video generously donated by Electronic Arts. The opportunity to remember that like A Way Out, cooperation will be at the heart of the gameplay with mechanics that will allow Cody and May to help each other, while this couple (transformed into dolls) wish to divorce. As we had the opportunity to get our hands on the new game from Hazelight Studios, we advise you to take a look at our first impressions at this address.

Recently, the creator of It Takes Two (Josef Fares) explained that in his eyes, replayability in video games was not a priority. “Finally, we should be careful when we talk about replayability, because when we look at the statistics, we realize that people do not even finish the games., he assured among others. The danger is that everyone, including analysts, is talking about replayability. Frankly, who plays the games again? Probably a small percentage of players. We should first be interested in the fact that people finish games.“