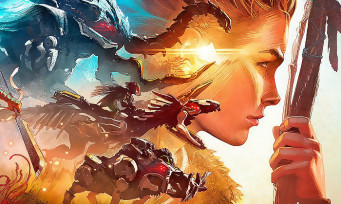 The players will have been right about the paid strategy of Sony Interactive Entertainment. A few days after launching the pre-orders of Horizon: Forbidden West and detailing (with complexity, eh) all the different special editions of the game, the Japanese giant made an extraordinary backpedal unexpected through a message posted on the PlayStation blog. It was Jim Ryan, President and CEO of Sony Interactive Entertainment, who spoke to explain his turnaround. It must be said that the anger was important and was heard everywhere during this weekend, also pointing the finger at this paying strategy of the upgrade of PS4 games to the PS5 version. It is therefore deed and official: all PS4 editions of Horizon Forbidden West will benefit from an upgrade to the PS5 version at no additional cost. These were also the standard and special versions that were pointed out by the players since the collector editions at 200 and 270 € included both versions as standard, PS4 and PS5.

If the battle is won by the players, the war is much less, since Sony Interactive Entertainment took the opportunity to clarify things for the future, and in particular on first-party titles. Basically, aside from Horizon: Forbidden West, all other exclusives such as God of War Ragnarok or the upcoming Gran Turismo 7 will sell for € 70 on PS4 and € 80 on PS5. You will therefore have to pay 10 € more for each game for the next gen ‘version. What to give grain to grind to the detractors of this highly controversial strategy.