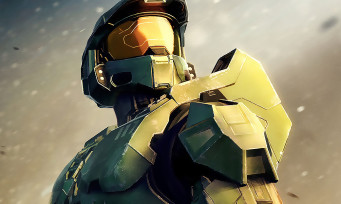 Microsoft had promised surprises for the evening of the 20th anniversary of the Xbox and the American manufacturer has kept its commitments. At the end of the 30 minutes of this commemorative event where Dwayne Johnson occupied a lot of space, Halo Infinite came to close the show with its presence, and especially the availability of its multiplayer. Right now, it is possible to download the files to go sinter in the game with other players around the world. This is indeed the final gift that 343 Industries gave to the Xbox community which has been waiting for the game for far too long, then Halo Infinite was postponed by more than a year, following the catastrophic presentation of the summer of 2020. Suddenly, by recovering the game, whether it is on PC, Xbox Series X | S or Xbox One, it is possible to enjoy the content of Season 1, whether it is maps, all modes made available, the Battle Pass, knowing that any progress is fortunately kept thereafter for the official release of the game. Microsoft specifies that Season 1 will end in May 2022 and that it will be punctuated by regular history events to keep the players in suspense. Noted. In the meantime, make way for the trailer.