Released between 2001 and 2004, GTA 3, GTA Vice City and GTA San Andreas were a real revolution in video games, creating in the process a new genre: that of the open-world 3D. If today 70% of production uses this recipe which offers unparalleled freedom to the player, it is therefore thanks to the ideas of a group of developers gathered under the name DMA Design before being called Rockstar North. Today, these three titles therefore come back to us in the form of a somewhat special compilation, each title having been carefully remastered with a brand new graphics engine up to current standards, namely the Unreal Engine. 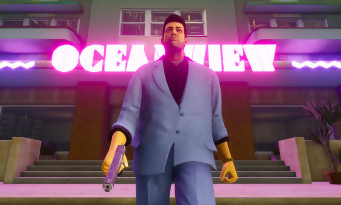 Obviously, with the work that the Rockstar North teams are having between content creation for GTA Online, content for Red Dead Online, and the development of GTA VI, there was little chance that a remaster could find a place. in this overloaded schedule. It is therefore Grove Street Games which found itself at the helm of the project, and if the name of this studio already evokes GTA: San Andreas, it is not for nothing. Fairly unknown in the market for large console and PC games, Grove Street has mainly acquired its hands on mobile, carrying many ports of Rockstar hits. We owe them the Android and iOS versions of GTA 3, Max Payne, GTA Vice City, GTA San Andreas, GTA Chinatown Wars, Bully Anniversary Edition or even ARK Survival Evolved. As you can see, this is the first big major project for this studio, which therefore had to manage to modernize a little bit of the titles in their twenties, or prehistory in video game terms. , especially since where 2D sprites retain their charm, we know that 3D ages particularly badly. 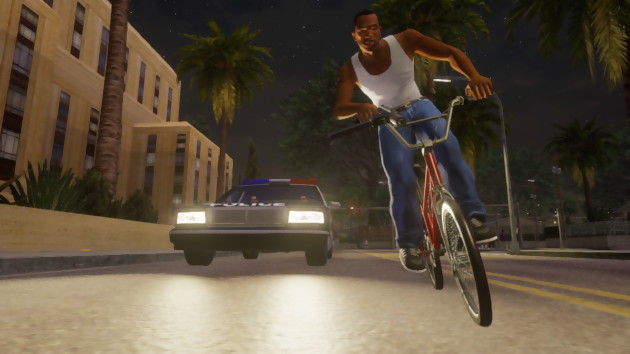 The three games have therefore had more or less the same treatment, namely a good graphic facelift to bring them up to date, as well as some slight changes to modernize the gameplay. The advantage of using a modern graphics engine like the Unreal Engine is that titles work out of the box with our modern displays, and even the latest Nvidia graphics cards if your PC has them. Exit the 480p 25fps games of the PS2, now, each opus is compatible with ultra-wide set-ups. In our case, it will be 4K 144fps, partly thanks to the fact that these ancient titles do not require crazy equipment even in their new version, and secondly thanks to the compatibility with the Nvidia DLSS supersampling system that is present. . Say like that, it doesn’t sound like much, but in reality, just being able to have the game in modern resolution is already doing a lot. 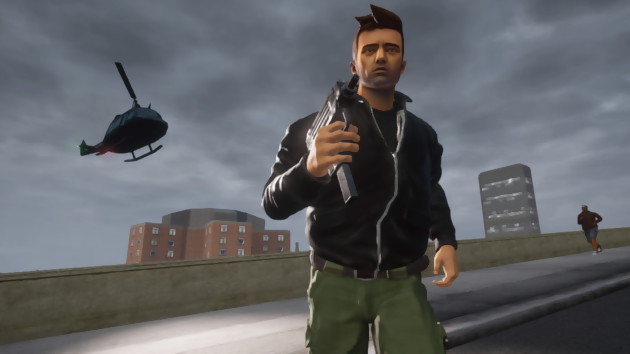 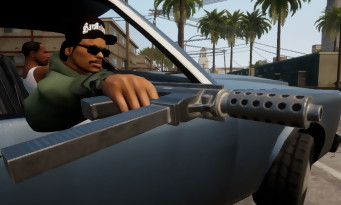 But that’s not all, all surfaces have been treated to smooth the edges, erasing a little the “heap of polygons” effect of the beginnings of 3D. The textures have also improved a lot, with among other things characters with a transfigured look, and who are now much more cartoon. It’s not necessarily uglier, but it’s clearly different, and it changes the aesthetics of the game quite a bit, especially during cutscenes. There are also incredibly deeper reflections on cars whose chrome is now really shiny. Nature is not to be outdone with a little more dense vegetation, and volumetric tufts of grass which deform under the feet of CJ in the countryside of San Andreas for example. Again nothing impressive, but it suffices to relaunch the PS2 cake to realize that we were mainly entitled to green textures before. 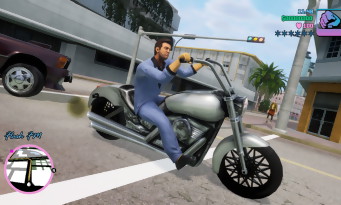 Overall, the game remains visually dated, but we can however enjoy it without having bloody eyeballs, except perhaps when it rains at night, and the rendering is more like the blizzard in the heart of northern Canada than the downpour. in Los Angeles. Without laughing, in this case, the visibility is so bad that the title becomes almost unplayable. There are also several visual bugs, often related to clouds or the weather, but nothing overly prohibitive. Likewise, we will always be entitled to as much clipping in road traffic, while the display distance revised upwards would have made it possible to show the cars much earlier. The gameplay itself also had a few small touches of modernity. The most visible, and probably one of the most saving, concerns the arrival of a weapon wheel that allows you to directly choose the blaster of our choice. The ancients still remember the weights spent pressing the edge buttons to scroll through the weapons one by one until they find the desired one. 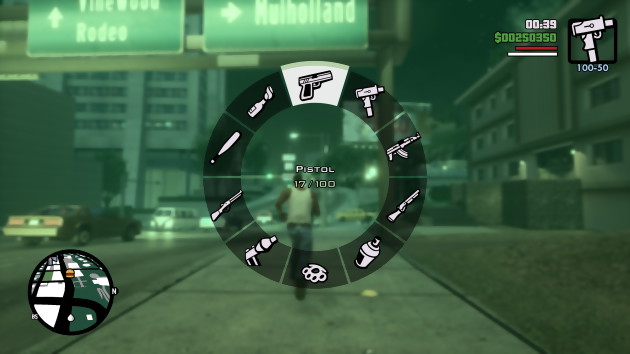 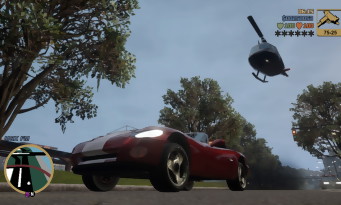 Several missions have been corrected and simplified in order to stick to modern standards (this motocross train chase with Big Smoke in San Andreas). Better, when we die during a mission, the game even offers us to try our luck again from an automatic save, and as a bonus, we do not lose our arsenal. The gunfights have also been slightly revised, with easier enemy lockdown, but nothing that really transcends the experience. The feeling is still stiff and dated, but that’s also part of the charm of the old, as realtors say. That said, the gain in fluidity provided by a framerate that can be left free is also of great help. It also transfigures the conduct that we rediscover in a new light, and which is bluffing in view of the age of the games. Thanks to the work on the lighting, the night also allows for beautiful landscapes, whether it is the neon hues of Vice City, or the various environments of San Andreas, from the grubby streets of Los Santos to the illuminations of Las Venturas. 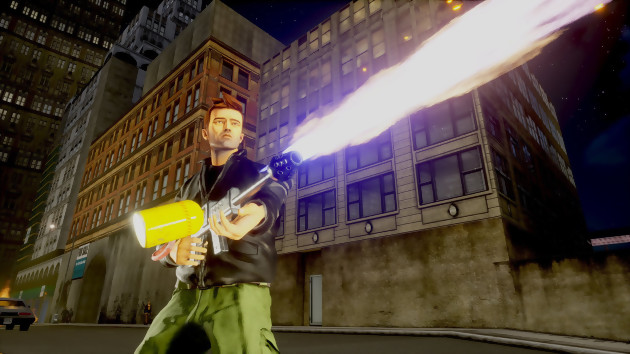 There are also some differences in content, with punchlines deemed too racist that have gone by the wayside, while we imagine that rights stories have played on the composition of the tracklist (disappearance of Billie Jean from the soundtrack of Vice City) . Some easter eggs also seem to have been forgotten, including the ghost cars of the San Andreas countryside which are still present, but stand still. That said, not everything has been left out, since the Bridge Facts panel found in front of the San Fierro bridge (and which details the number of polygons, or the disk space used by the latter) has been updated. day. We learn that this structure has gone from 16,000 to 34,815 polygons, from 11 to 40 textures, or that the storage space occupied has greatly increased, from 1.27 MB to 38.9 MB. Clearly, there will again be a lot to discover in these three legendary games thanks to this Definitive Edition. 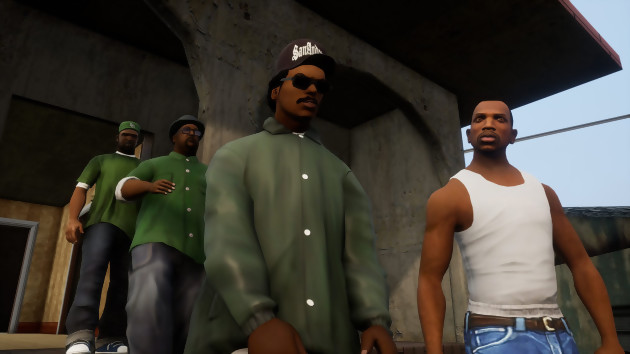