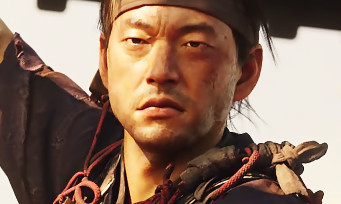 Last July, when Toshihiro Nagoshi (the creator of the Yakuza series) confided that he would have liked Ghost of Tsushima to be developed by a Japanese studio, some felt he was doing too much. “In fact, it’s the kind of work a western studio does that shows they’re even more Japanese than we are. It’s just amazing, he said on the SegaNama show. We often think that there are certain things that are unique to our culture that they could never do, but this game proves that we are wrong.“Yet his words are nothing compared to the honor that the mayor of the Japanese island has reserved for two of the creators of the game.

Indeed, Video Games Chronicle reports that Nate Fox (director) and Jason Connell (creative director) have been named ambassadors for making Tsushuma Island more famous. If, in the past, this title has already been awarded to Japanese luminaries, it is the first time that two people have the right to this privilege for having made known the island of Tsushima through their work. Obviously, given the health crisis, the time has not yet come for the resumption of tourism, but it has already been noted that once conditions allow, the municipality and Sony Interactive Entertainment will set up a tourist operation. revolving around Ghost of Tsushima.

In the meantime, the ceremony will take place online, including a letter of appreciation that will be presented to Nate Fox and Jason Connell. “Even in Japan, many people do not know the history of this period., insisted the mayor. In the world, the name and location of Tsushima are literally unknown. That’s why I can’t thank them enough for telling our story with such amazing graphics and deep stories.“Naturally, the mayor does not want to stop at this virtual ceremony: once the restrictions have been lifted, he intends to invite the whole team to make them discover other riches which abound the island.

Proof that Ghost of Tsushima really made an impression: after discovering the adventures of Jin Sakai, many players did not hesitate to donate for the restoration of a torii (a traditional Japanese portal) heavily damaged after the passage from a typhoon last year. Launched in November 2020 by the priest Yuichi hirayama, the fundraising campaign with a target of 5 million yen (38,800 €). Today, the total funds raised amount to 27,103,882 yen (over 210,000 €) thanks to the generosity of more than 2,000 donors.

Of course, Ghost of Tushima fans are praying for a sequel. Last October, we were learning that Sucker Punch was looking of a narrative writer wishing to write stories related to feudal Japan. What to hope therefore, even if we would not say either a boosted version of the first episode on PS5, just to enjoy it once again in better conditions.