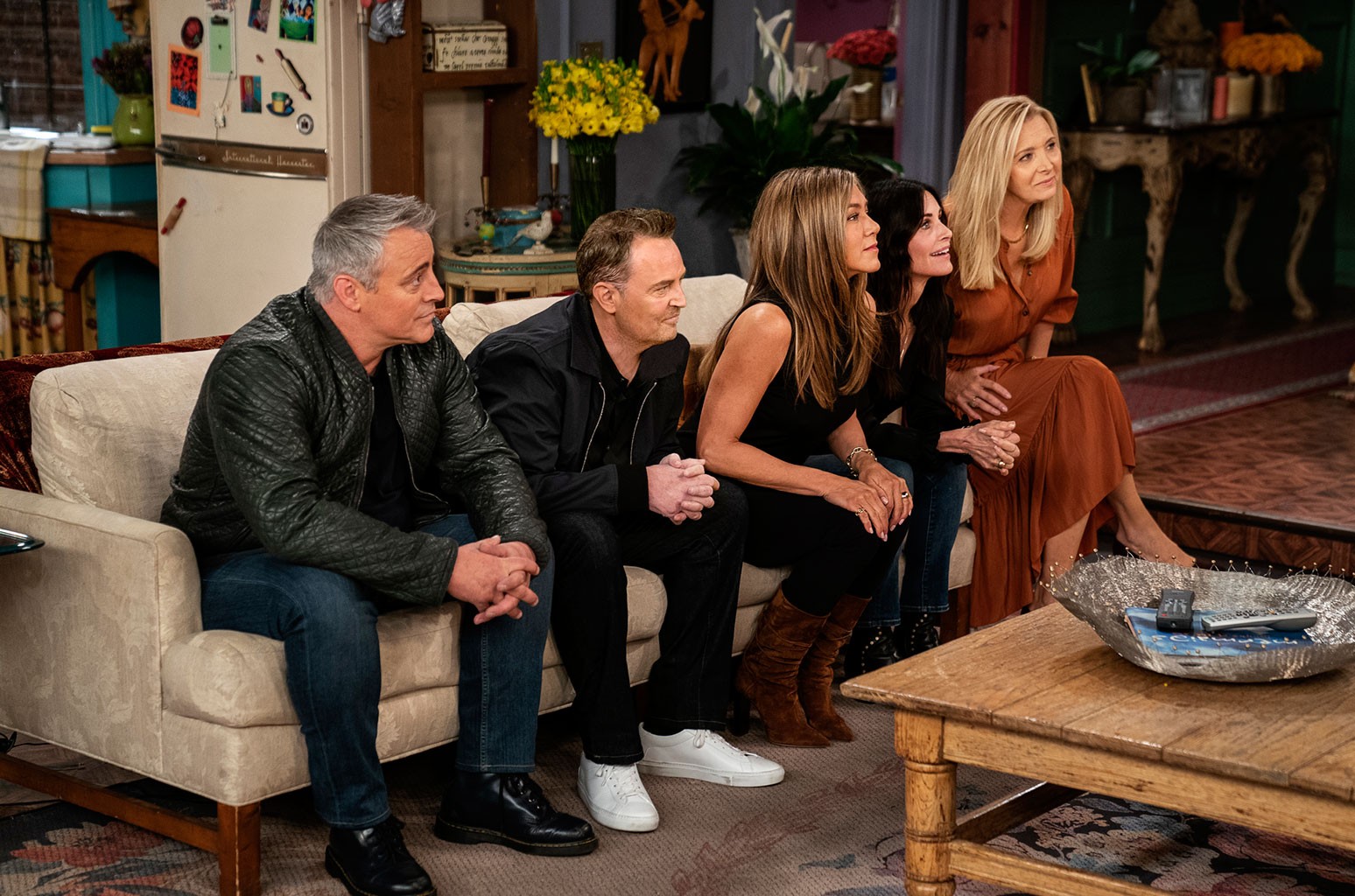 The Friends reunion just got a killer remix. On Sunday (June 6) actress Courtney Cox gathered a few of her friends around the piano to pay tribute to her series co-star, Lisa Kudrow, with a run through her Friends character’s favorite Sir Elton John song.

“Lisa Kudrow, this is for you,” Ed Sheeran says at the beginning of the brief clip, which finds him strumming an acoustic guitar while Cox plays piano flanked by John on the bench and Brandi Carlile just behind them on acoustic as well. “One of the greatest moments of my life,” wrote Cox, who included hashtag tributes to Kudrow, her character and the joke at the center of the video.

In case you missed it the first time, back on season three of Friends, Phoebe informed the gang that she thinks the most romantic song ever is the one Sir Elton wrote for “that guy on Who’s the Boss?… ‘Hold me close, young Tony Danza.'” So close. In tribute, the quartet sang their ode to Danza, with all four laughing and hugging after a run through the updated chorus.

Kudrow also posted a video response, saying, “OK, Ed Sheeran, Courteney Cox, Brandi Carlile and Elton John, that was the most thrilling thing ever. It was so good. Technically it’s ‘Hold me close, Young Tony Danza,’ but what you did was great too. And, including the original song that you wrote, Sir Elton, that was really good too.”

Danza loved it, too, writing, “First ‘the routine’, now this. You’ve made my day once again! I’m honored! @courteneycoxofficial @edsheerandouble @eltonjohn @lisakudrow.” Cox and Kudrow recently reunited for a Friends HBO Max special that brought the beloved cast back together again to reminisce about the shoe’s highlights. Cox and Sheeran have also clearly been having fun hanging out reliving the good old Friends days, with the singer joining the sitcom star last month to recreate the famous Ross and Monica dance routine from the show.

Watch the videos below.