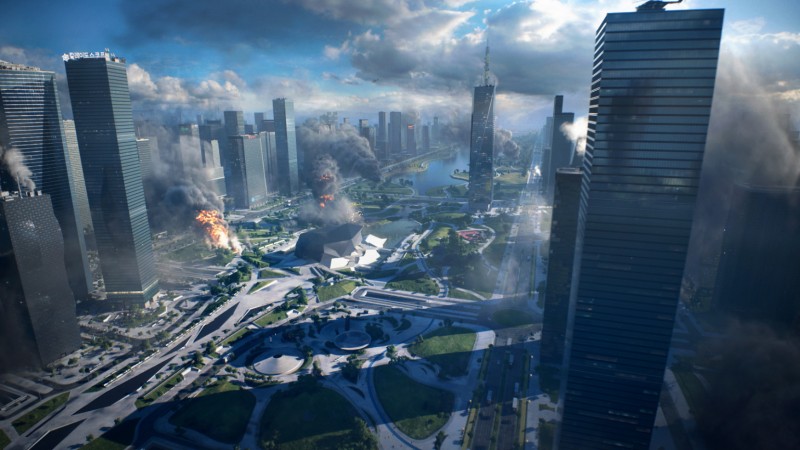 EA CEO Andrew Wilson recently said non-fungible tokens and blockchain games are the future of the video game industry during a recent company earnings call. He also said he’s unsure of how.

This news comes by way of PC Gamer, which reported on Wilson’s NFT-related statement during the earnings call. In a bit of a cart before the horse situation, Wilson made the bold claim that NFTs and “play-to-earn” games, aka blockchain games, are the “future of our industry” before adding that “it’s still too early to figure out how that’s going to work.” With that being said, it’s unclear what makes him so sure.

“I think that in the context of games we create and the live services that we offer, collectible digital content is going to play a meaningful part in our future,” Wilson said, according to PC Gamer. “So, it’s still early to tell, but I think we’re in a really good position, and we should expect us to kind of think more innovatively and creatively about that on a go-forward basis.”

Oddly enough, considering Wilson’s comments, EA hasn’t revealed any official plans for NFTs or blockchain games. However, that hasn’t stopped other industry giants from doing so. Earlier this week, Ubisoft announced that it plans to develop blockchain games and NFTs. It also revealed that it plans to employ play-to-earn techniques in-game that allow players to earn digital content from playing Ubisoft games.

Blockchain games and NFTs have drawn heavy criticism in the industry thus far due to their part in ongoing environmental damage. The use of cryptocurrencies, which are often used to purchase NFTs, and the mining of said currencies results in millions of carbon dioxide emissions, damaging Earth’s atmosphere, as reported by The Verge.

As a result, some major players have done the opposite of Ubisoft and EA, criticizing and outright banning the use of NFTs and blockchain games. Steam recently said it will not allow developers to publish “applications built on blockchain technology that issue or allow the exchange of cryptocurrencies or NFTs.” Epic Games CEO Tim Sweeney similarly criticized NFTs. However, one month later, he revealed that the Epic Games Store is fine working with developers using blockchain technologies in response to Steam’s ban.

At the moment, the use of cryptocurrencies is largely viewed as harmful to the planet. Ethereum, one of the most-used cryptocurrencies, though, is working on something it calls “The Merge,” which it says will “start the era of a more sustainable, eco-friendly Ethereum.” Only time will tell how green Ethereum becomes. Regardless, it seems EA is set on embracing NFTs and blockchain games in its near future.