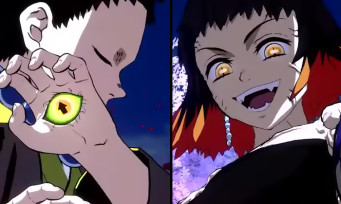 A few days after teasing the demons Susamaru and Yahaba through screenshots, the publisher Aniplex releases the gameplay trailers for each of the two new characters. What to get an idea of ​​these antagonists of the Asakusa arc, although it is true that we already crossed their path in the story mode. However, on the rendering side, CyberConnect2 does the job like bosses. Not only is the video game adaptation successful, but on top of that, the character design doesn’t betray the DA created by Koyoharu Gotōge. As for the gameplay, it also seems to be faithful to the anime, especially in the range of movements and special moves. What is certain, however, is the maddening staging set up by CyberConnect2, still as good in terms of production. Finally, know that these two iconic characters from the series will land in a few weeks, completely free.