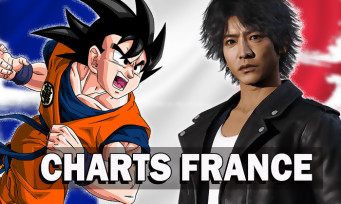 It is Monday and like every beginning of the week, when the SELL is up-to-date, we are entitled to the ranking of the best sales of video games in France. Today, we are talking about the Top 5 games for week 38, the one that corresponds to sales made between September 20 and September 26, 2021 inclusive. If last week, we had the pleasure of seeing Deathloop take the lead in the ranking, the title of Bethesda Softworks has completely disappeared from the radar, at least from the famous Top 5. Not having the Excel table of GfK at hand, impossible to tell you if Deathloop is still in the Top 10 for its second week of operation. In any case, all the games of the past week have disappeared from the visible rankings, with the exception of Mario Kart 8 Deluxe, indecipherable and safe bet from the Nintendo Switch catalog. In this regard, it is still Nintendo’s console that sells the most games this week, with a certain Dragon Ball Z Kakarot in second place, finally available on the console. He was closely followed by Animal Crossing: New Horizons which returned to the top of the pack, while we can be delighted to see Lost Judgment appearing in fourth position. Finally, to close this Top 5, Super Mario 3D World + Bowser’s Fury is also making a resounding comeback. So we come back to a classic Top 5.

On PC, it’s the same grub: Deathloop is no longer in the top three sales in France, since Microsoft Flight Simulator finds its lost crown a few weeks ago. The Sims 4, never far, repositioned itself in second place, followed very closely by its expansion pack “Life in the countryside”. However, it’s been a long time since we have been deconfined … 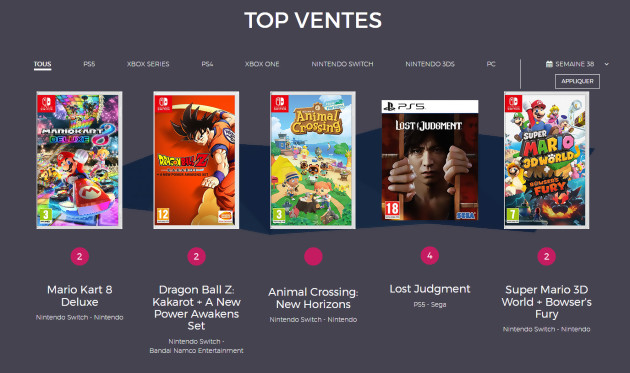 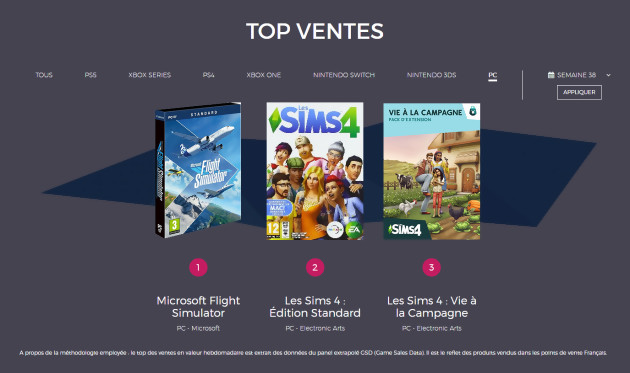