Call of Duty 2022: the name of the episode developed by Infinity Ward has already been leaked 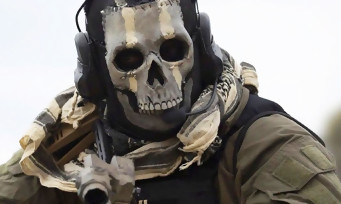 While we await the release of Call of Duty Vanguard on November 5, next year’s episode in 2022 is already leaked on social networks. It’s Tom Henderson, journalist at DualShockers and well-informed insider, who reveals the name of the next opus. For him, it’s 100% sure info, the next Kalof is none other than Call of Duty: Modern Warfare II, with Roman numerals to mark the difference with the previous generation. This is not really a surprise since the 2022 vintage of Activision’s FPS is developed by the studio Infinity Ward, those who have already given birth to the reboot of Call of Duty: Modern Warfare in 2019, which had elapsed more than 30 million copies. Nothing abnormal therefore that the Californian studio is betting on this lucrative franchise. In fact, Infinity Ward made an announcement recently to explain the opening of a new studio in Austin, Texas, to strengthen the workforce and make development more comfortable. Remember that Infinity Ward already has branches in Mexico and Poland.

I can confirm that the 2022 title is called “Call of Duty: Modern Warfare II”