Avatar 2 The Way of the Water: a ballet of sumptuous images, we see a pregnant woman 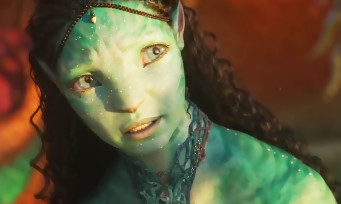 A little less than a week after its theatrical release – and in stereoscopic 3D – just before the movie Dr Strange in the Multiverse of Madness, the first trailer for Avatar 2: The Way of the Water is finally available for everyone on the Internet. A trailer for the least expected since this sequel arrives 13 years after a first episode which marked the history of cinema. It is obviously still James Cameron who is in charge, he who waited for technology to allow him to achieve what he needed, namely to offer underwater capture performance. A technical feat that will have required almost a year of filming and which will have required considerable effort on the part of the actors and filming technicians. The story will follow the adventures of Jake Sully (Sam Worthington) and Neytiri (Zoe Saldana), now parents and who will have to face new threats. The trailer emphasizes the contemplative aspect, without any action scene, just to set the mood, the setting and above all to make us enjoy these sumptuous images. Once again, James Cameron seems ready to revolutionize the 7th Art with breathtaking special effects and striking realism. The feat will come especially with the effects generated under water which we hope will be grandiose. But we can trust James Cameron for that.

On the casting side, we will find most of the old actors, even those whose characters are supposed to have died in the first episode, like those of Sigourney Weaver and Stephen Lang. New ones will be added to the galaxy of stars such as Kate Winslet, Michelle Yeoh and Oona Chaplin. See you on December 14, 2022 at the cinema to take a slap in the face.