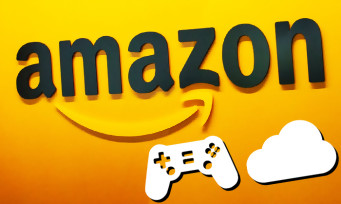 If it didn’t have the means at its disposal, Amazon might not have tempted the devil. But there you go, when you have such a strong back, even the failure that Crucible was makes you barely cough. In short, all that to say that Jeff Bezos and his collaborators always intend to deliver a co-op game worthy of the name. Except this time, to complete the project, they decided to create a new studio – the fourth after those in Orange County, San Diego, and Seattle.

Amazon Games Montreal will therefore have the heavy task of making Crucible forget, which no doubt explains why headhunters have gone to recruit experts in the field. And here we are talking about the key members of the Rainbow Six Siege team, namely Luc Bouchard (appointed to the position of production director), Xavier Marquis (creative director), Alexandre Remy (product director), and Romain Rimokh (content director).

Naturally, everyone is eager to get their hands dirty, no doubt hoping to meet a fate similar to that of Rainbow Six Siege. Available since the end of 2015, Ubisoft Montreal’s cooperative FPS now has more than 70 million followers worldwide. We imagine that, for the moment, Amazon’s ambition is limited to releasing a game that holds up, history not to experience the same mishap as with Crucible. Then the appetite will undoubtedly come while eating.