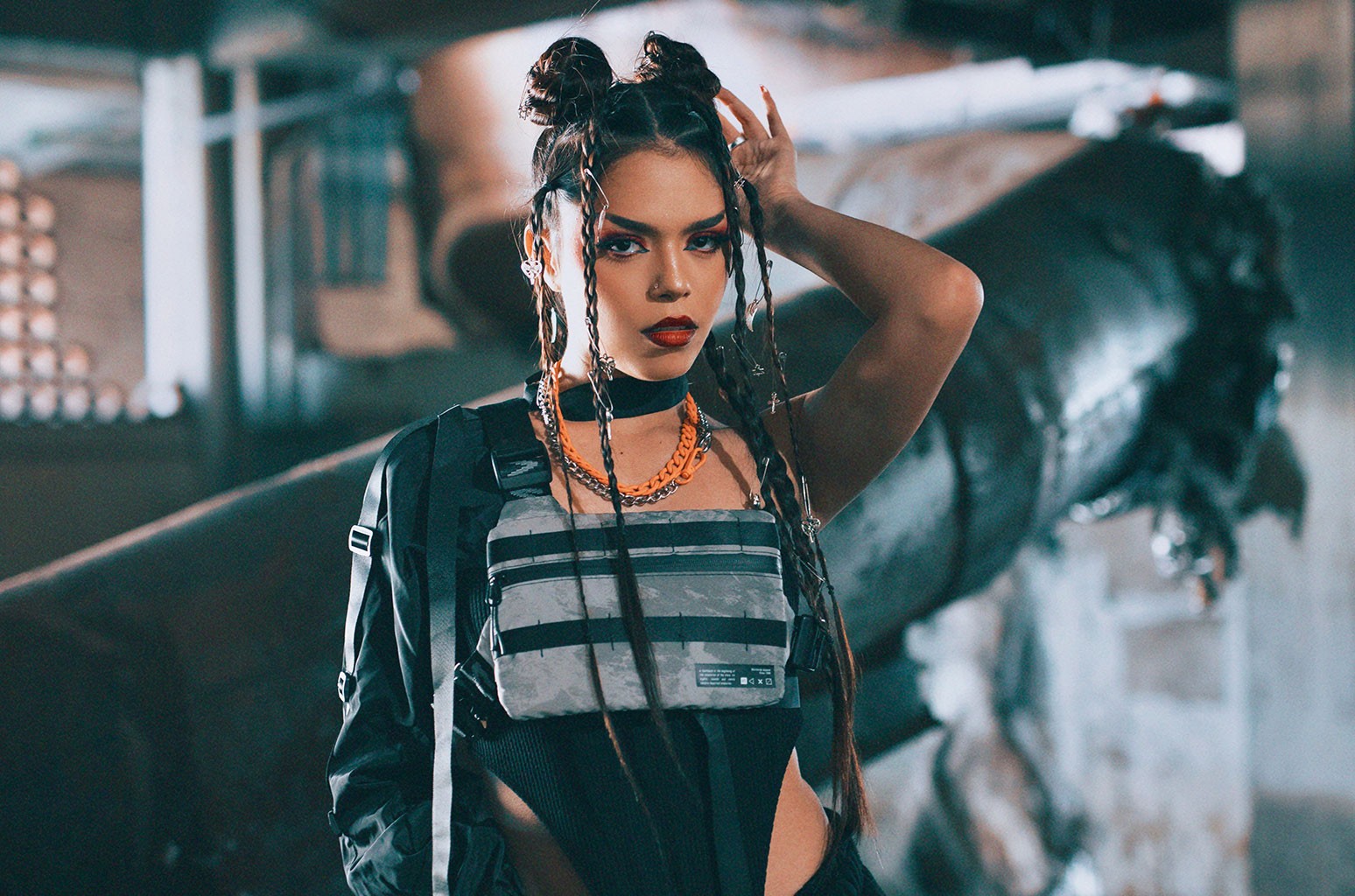 One January afternoon while eating tacos, Ingratax and her team found the perfect beat for her first single: a slowed-down pop groove with an underlying sparse reggaetón drum beat. For the lyrics, her team suggested it should be about her meeting a guy at a party.

“That’s so typical,” she tells Billboard via phone from her native Chihuahua, Mexico. “I suggested something more deep: a song about traveling, and for it to reflect the mood at an airport. Like, life is so fast and melancholic there, because everyone is going to different places.”

Placing all bets on a “sad pop song,” as she describes it, Ingratax (born Ingrid Fernanda Enríquez Guillén) has in return scored her first entry on any Billboard chart with “Paris.” Currently, the track — released in mid-July — sits at No. 36 on the Hot Latin Songs (chart dated Sept. 4) and at No. 37 on the Billboard Global Excl. U.S. and No. 63 on the Billboard Global 200.

“I didn’t even expect it to get to top 50 in Mexico. So it was a great surprise to see it do so well. And then to see it on Billboard charts, that was insane,” says Ingratax, who is signed to Room 28, the recently launched indie label of Sergio Lizárraga (founder of Banda MS). While she’s yet to process the success of her first-ever single, she’s gotten used to the virality of her content on social media — especially on TikTok, where she boasts nearly 13 million followers.

That’s the platform she believes made “Paris” a hit. “A simple trend [on TikTok] can really make your song explode. I knew it would help but never thought it would get to a point where it would make the song what it is now. At the end of the day, that’s what made it what it is.”

Below, get to know more about 21-year-old Ingratax and her viral debut single “Paris.”

Her passion for music

Ingratax credits her abuelita Yolanda for introducing her to the music world. “I was around 5 years old when my grandma started teaching me guitar and piano — she was very into music and I zoned into that world because of her,” the artist explains. “Music has always been part of my life, and my grandma wanted me to pursue [it] but I didn’t really think of it as an option — because, well, the music industry is hard. I never thought I could stand out.”

But she eventually gained the courage to dive back into music, thanks to her team. “I didn’t really believe in myself, but they helped me believe,” she explains. “And so I thought, ‘Let’s see what happens.'”

How “Paris” was born

“We wrote the song in an apartment where we usually hang out. The environment was really chill, and my team told me, ‘We want it to be about a party. We imagine you and a guy dancing at a party,'” she recalls. “And I told them that I didn’t like that idea, it’s so typical to make a song about meeting a guy at a party. It’s cool, but let’s do something more deep I said.” The end result is a melancholic track that finds Ingratax reminiscing on her crush and imagining what what it would be like to travel with them to Paris.

How the track became so popular on TikTok

Two years after joining TikTok, Ingratax has been able to steadily grow her fanbase as a content creator, often posting side-by-side duos, jumping on challenges and collaborating with fellow social media influencers. Her song has been used to create more than a million videos — and she credits that to interaction with her followers.

“I honestly do think that TikTok moves the music industry right now,” she says confidently. “My team told me to post duos with people using the chorus of my song in order to connect with the users. I started posting a few every day and I saw that more and more people would use it in hopes of me doing a duo with them. People really like seeing you reacting to your videos. All the big artists are doing that right now. Like J Balvin. And so that’s where it exploded.”

Her reaction to charting on Billboard

“My team sent me a screenshot of the Billboard chart and I thought, that’s crazy. I know all the platforms are super important but Billboard, that’s super official,” she says. On YouTube, the video has raked in more than 45 million views. “It’s insane. Honestly, I didn’t expect any of this. But I think people have embraced it because it’s more melancholic and it’s just a sad pop song. Our generation is so in-tune with their emotions so they connected.”

As for her grandma’s reaction, “she’s really proud,” says Ingratax. “Actually, I was really scared — because before ‘Paris’ came out, she got COVID and was really sick. I thought she was going to leave us. I couldn’t imagine releasing ‘Paris’ and for her not to see all of this. Luckily, she made it and got to see this whole process. I’m really thankful to God for letting her see this.”

Ingratax says fans can expect new music from her soon and hopes she can start touring in 2022: “It might be too soon for an album but I have a few songs ready to go. We’re going to follow the same line of ‘Paris’; we’re not just going to release something totally different. We’re sticking to sad vibes because the most important thing for me, is for my fans to connect with the lyrics.”