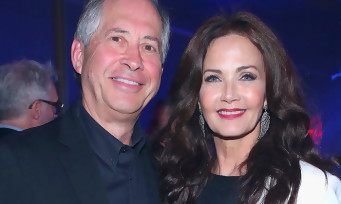 New black book for this Thursday, February 4, 2021. After learning of the death last week of actress Jeanette Maus (who played one of Lady’s daughters Dimitrescu in the next Resident Evil 8 Village), carried away at the age of 39 from colon cancer, we are now told of the disappearance of Robert A. Altman. Co-founder of Zenimax and Bethesda Softworks, the former lawyer had converted to video games in the late 90s alongside Christophe Weaver. Thanks to large acquisitions in recent years (id Software, Arkane Studios), the firm has been able to forge a good reputation with strong licenses such as Fallout, DOOM, or Dishonored. Barely a few months ago, we learned that Microsoft had bought its entire company for the tidy sum of 7.5 billion dollars; buyback which must be validated next March. Many personalities from the world of video games and computers have paid tribute to him on Twitter, such as Andrew Wilson, CEO of Electronic Arts, Phil Spencer of Xbox and even Satya Nadella, the CEO of Microsoft himself. If the reasons for his death have not been mentioned, know that Robert A. Altman was 74 years old and that he leaves behind his two children and his wife, Lynda Carter, who was none other than the Wonder Woman of the series in the 70’s.

A sad moment for the games industry. Robert Altman built ZeniMax into what it is today. My heart goes out to his family, loved ones, and colleagues. https://t.co/uOgSqKsGWH 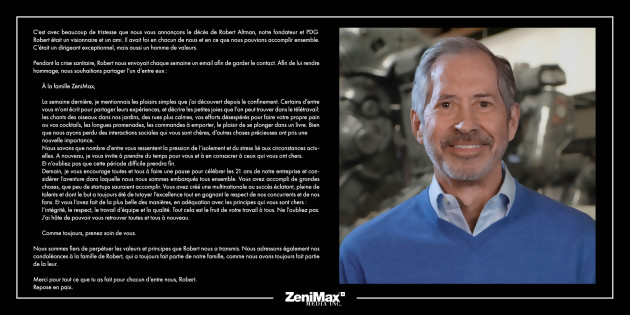