Zelda Skyward Sword HD: a launch trailer while waiting for our test 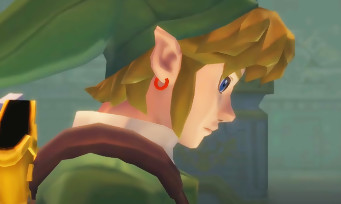 Only a few hours before the official arrival of The Legend of Zelda: Skyward Sword HD, which turns 10 this year. A title released in November 2011 on Wii and which will therefore return in better physical shape on Nintendo Switch. On paper at least, because the various specialized media tests have fallen all over the world and even if the feedback is generally positive, other newspapers find the restoration work unsatisfactory. While waiting for our final verdict, we invite you to discover the game’s launch trailer, and to enjoy gameplay images which show us that certain adjustments have been made so that the pill goes better in 2021. Motion-gaming controls are no longer mandatory now, which should make the gameplay smoother, even if the game had been designed in his fights to gesticulate in front of his screen.