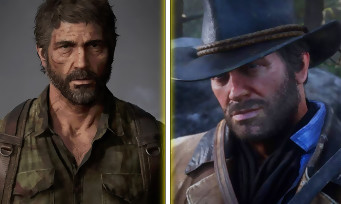 The info is barely a few minutes fresh: Roger Clark, who rose to prominence in his role as Arthur Morgan in Red Dead Redemption 2, has just revealed to us that he has finished filming an unannounced video game with Troy Baker, renowned video game actor and best known for playing Joel in The Last of Us saga. It is indeed on his social networks that the 43-year-old actor does this to us “reveal“by paying tribute to Troy Baker with whom he has just lived an incredible adventure. He highlights the talent, experience and intelligence of a man accustomed to the sets of performance capture, he who must have sixty roles to his credit in licenses such as The Last of Us, BioShock, Batman, Death Stranding, Dead or Alive, Call of Duty, Far Cry, inFamous, Mortal Kombat and even Fortnite. That said, even though Roger Clark is a newbie in the world of video games (only 2 games in his career), he has already left with the Game Award for best acting performance in 2018 for Red Dead Redemption. For now, the title of this game remains a great mystery, but wanting to pay for the services of these two big names in video games presages a game with a substantial budget. We are waiting for you in the comments for the proposals.

I await your proposals in the comments ⬇️ pic.twitter.com/1bdP1Ke7dR