Razer DevCon 2021: a developer conference, but with big announcements 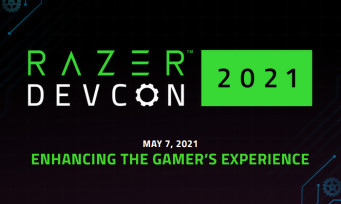 Arguably one of the most prolific hardware manufacturers around, Razer has just announced the Razer DevCon 2021 to be held on May 7, 2021 at 7 p.m. KST on Razer’s official Twitch channel. This will be the opportunity for the firm of Min-Liang Tan “to empower developers of all sizes and across all platforms to integrate Razer’s hardware, software and services ecosystem at all levels of development to drive innovation and deliver a gaming experience for gamers. more immersive “. This will result in a series of technology-oriented panels, all moderated by industry veterans, but also partner publishers such as Activision, Blizzard, Vibe Avenue Studios and iLLOGIKA. More than 4 hours of discussion are announced and interested developers can already register to gain access to Razer’s internal team of developers and engineers. Here is an overview of the planned panels:

Razer Chroma
Developers will learn how to create an immersive in-game lighting experience with Razer’s open SDK: from designing in-game lighting effects, to integrating it into websites, streaming and cloud platforms.

Razer Gold
Developers will learn how to integrate Razer Gold monetization into their games and apps, as well as engage and reward users with Razer Silver.

THX Spatial Audio
Developers will learn how to integrate THX Spatial Audio and receive tips and tricks to ensure fully immersive and realistic sound reproduction in the game.