*NSYNC’s ‘Celebrity’ at 20: All the Tracks Ranked From Worst to Best 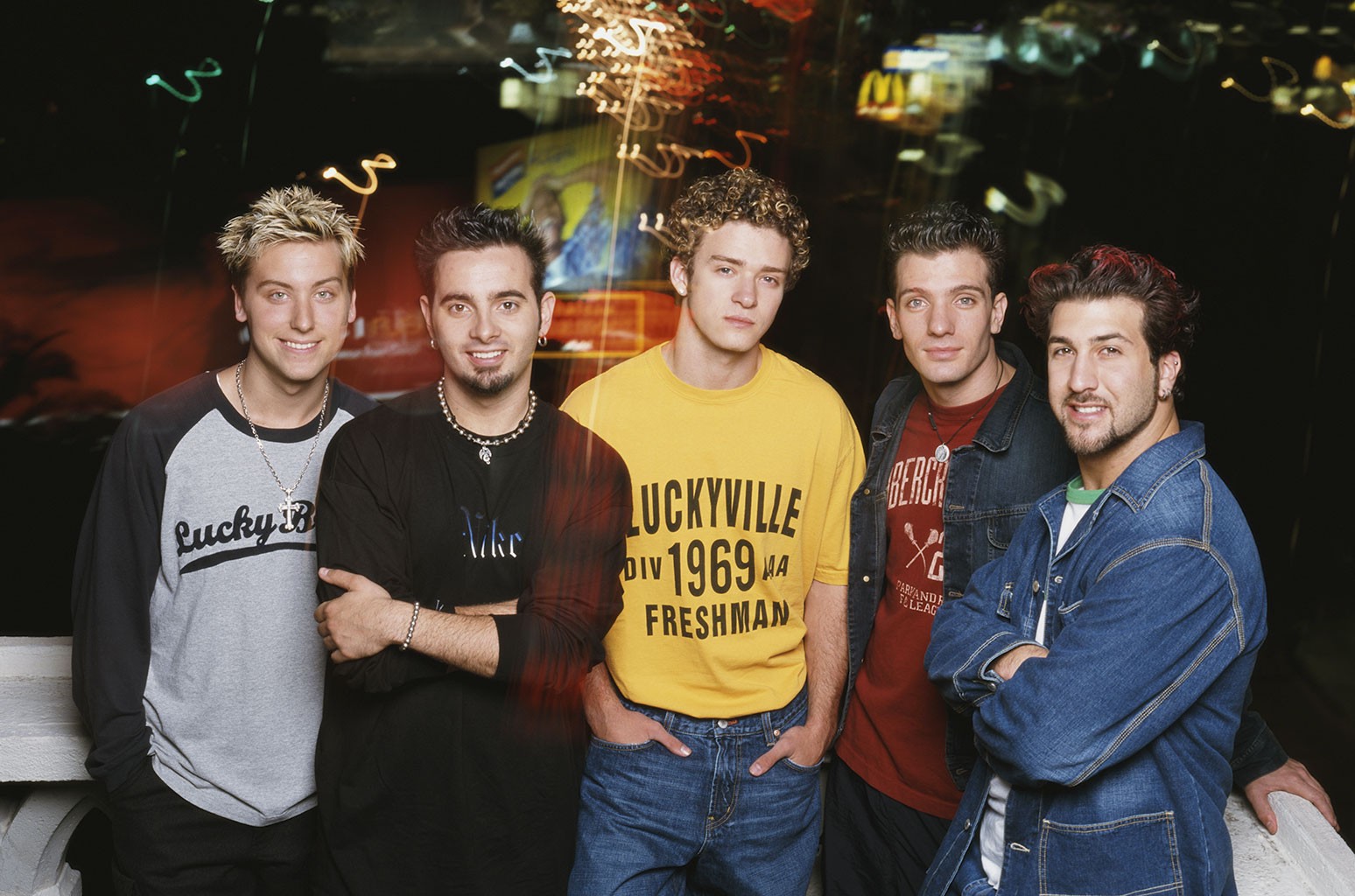 In the battle of the boy bands that defined the TRL era, *NSYNC just about won the final round. The band’s album Celebrity, released on July 24, 2001, shifted nearly 300,000 more copies in its first week than Backstreet Boys’ Black and Blue, spawned the bigger hit (“Girlfriend” ft. Nelly peaked at No. 5 on the Billboard Hot 100) and was deemed worthier of a Grammy nod for best pop vocal album.

But the pin-ups had weightier things on their minds than leaving their rivals for dust. The follow-up to 2000 juggernaut No Strings Attached was a mission statement designed to show once and for all that they’d left their manufactured pop roots behind. A slew of zeitgeisty R&B producers were brought in to boost credibility, while all but three of its tracks were co-written by either Justin Timberlake or JC Chasez.

“Our objective was not to be self-conscious and try to make another hit record,” Chasez told Billboard ahead of its 2001 release. “We also wanted to prove that pop music comes in a lot of different flavors. It’s not all bubble-gum.”

Unlike their forefathers New Kids on the Block’s misguided attempt to go street, *NSYNC’s quest for authenticity didn’t embarrass. In fact, by inadvertently laying the groundwork for Timberlake’s solo career, it proved to be too effective – the quintet would never enter the studio together again. But does it still hold up 20 years on? From treacly love songs to two-step bangers, here are its 13 tracks ranked from worst to best.

*NSYNC’s claims that they were no longer the cliched boy band once masterminded by Lou Pearlman were slightly undermined by the fact that this drippy ballad could have quite comfortably slotted onto their eponymous 1997 debut. You can certainly picture Chasez sincerely grabbing the air while delivering schmaltzy lines like “I would die for you/Cause I don’t want to live without you.” Produced by Brian McKnight, “Selfish” ultimately sounds more like a 98 Degrees B-side than a pop outfit at the top of their game.

Co-written by the group’s vocal coach Robin Wiley, the equally slushy “Something Like You” is also guilty of the eyeroll-worthy lyric that now sounds like a parody from the Lonely Island (“Something keeps telling me that you could be my answered prayer/You must be heaven sent, I swear”). It even wastes the album’s only guest star, the one and only Stevie Wonder, on a corny harmonica riff, too. But the penultimate number is slightly redeemed by an understated chorus which bears a resemblance to Boyz II Men’s final chart-topper “4 Seasons of Loneliness.”

*NSYNC made one last-ditch attempt to prove that they’re more interesting than the average boy band with a jittery self-empowering anthem which, like its other bookend, throws an unexpected burst of hip-hop into the mix. Instead of Timberlake beatboxing, this time around we get songwriter J. Moss dropping some quite frankly ridiculous bars (“Gotta hump, gotta bump, never sit on a stump/Never quit from the swell of a lump”) over some stuttering electronic beats and that early ’00s R&B mainstay, the harpsichord. Yet “Do Your Thing” is more filler than triumphant finale.

Other than Craig David’s “Fill Me In,” the two-step garage scene that dominated the UK charts during Y2K never really traveled across the other side of the Atlantic. So it was a surprise to hear essentially the biggest band in the States adopt the sound not just once but twice. One of three Chasez co-writes with the team behind Eurodance outfit Love Inc., “The Two of Us” makes the more tentative foray, with its verses taking on the form of a R&B waltz. It’s unlikely to have been blared out in Ayia Napa yet it’s no disgrace, either.

Despite all their experimental talk, *NSYNC didn’t entirely abandon the Swedish hitmakers that helped to put them on the map. Cheiron’s Kristian Lundin and Andreas Carlsson were called upon for this pure pop stomper which sounds exactly like what you’d expect from the men behind “Bye Bye Bye.” That’s not a bad thing, of course. But “Just Don’t Tell Me That” loses points for the bitterness toward the opposite sex that runs throughout much of the album. Here, it’s a fame-seeking girlfriend who spends a little too much time at the Playboy mansion that incurs their wrath.

The group’s most convincing attempt to introduce America’s teenyboppers to the sounds of two-step garage, “Up Against the Wall” also provides the record’s raunchiest moment. Chasez would later embrace his inner horndog on the likes of “All Day Long I Dream About Sex” and the slightly problematic “Some Girls (Dance with Women).” But he sowed the seeds on this banger about a “beautiful lady” who takes grinding on the dancefloor to the next level, while the mean and moody middle-eight suggests the group had a hankering to join So Solid Crew.

Who knew that *NSYNC were at the forefront of the chiptune revival? Yes, several years before the likes of Anamanaguchi and Unicorn Kid got in on the act, Lance Bass and co. were flirting with the sounds of 8-bit pop by sampling everyone’s favorite pellet-eating arcade game, Pac-Man. Once again, the boys are in spurned lover mode here, blasting another lily-livered, good for nothing with the help of a super-sized earworm chorus. Either the group needed to be pickier with their partners or they recorded Celebrity in a seemingly constant state of paranoia.

Another sign that the group were still slightly concerned about alienating their fanbase. Indeed, the ellipsis alone should tell you this piece of precision-tooled pop comes from the 21st century’s most bankable songwriter. Assisted by Rami Yacoub, Max Martin was still very much relying on his late ’90s bag of tricks here – larger than life beats, swelling strings and choruses bombastic enough to blow the studio doors off. “Tell Me, Tell Me… Baby” isn’t in the same league as his earlier *NSYNC productions (“It’s Gonna Be Me,” “Tearin’ Up My Heart”) but it’s the most effective of Celebrity‘s blatant throwbacks.

“Does he freak you the way that I do?” asks Chasez after the entire group have expressed how “pissed off” they are at yet another playa. “See Right Through You” was the Celebrity track most unlikely to get Tipper Gore’s seal of approval. But once you overcome the initial shock of a wholesome boy band uttering a mild curse word (and a British one at that), you’re left with an addictive piece of turn-of-the-century R&B/pop. And while Timberlake’s solo debut would channel Michael Jackson’s Off the Wall, here it’s the pure indignance of the HIStory era that his vocals evoke.

Celebrity‘s title track leans fully into the album’s dominant theme – the pitfalls of being a multi-millionaire, globe-trotting pop star. Luckily, such self-pity is masked by one of the prolific Rodney Jerkins’ better productions of 2001. No stranger to teen favorites — having previously worked with Backstreet Boys, Spice Girls and erm, No Authority — the hitmaker gave *NSYNC a harder-edged R&B makeover, surrounding Timberlake and Chasez’s vocal interplay with stop/start beats, squelchy synths and well-placed sound effects. There’s another strong Jackson influence, too, although here it’s Janet’s underrated collaboration with Blackstreet, “Girlfriend/Boyfriend,” that seems the obvious reference point.

“It’s time to re-educate the new generation about what pop really is,” Timberlake claimed in the pages of the June 24, 2001 Billboard. And Celebrity‘s lead single truly did live up to the hype. Produced by trance wizard BT, “Pop” lurches from turntablism to hair metal to electro-funk, while there’s even room for that 2001 staple, the obligatory dance-friendly breakdown, and a spot of JT imitating a drum machine. Part-infomercial parody, part-club night, part-Warholian expedition, its accompanying video was just as dizzying, too.

AKA the moment when it became apparent that a Timberlake solo career was a viable option. Co-written with choreographer Wade Robson, “Gone” was initially intended as a duet with the King of Pop. But when, as with much of Justified, Jacko failed to see its potential, JT simply used the opportunity to grab center stage. Indeed, the rest of *NSYNC are barely audible on a mournful break-up ballad which consists of little more than a flamenco guitar, minimal beat and occasional flurry of strings. Herb Ritts’ brooding monochrome promo highlighted even further how much Timberlake had outgrown his bandmates.

Considering how ubiquitous The Neptunes’ production style became, it’s easy to forget just how much of a curveball their Celebrity cameo was considered at the time. Although they’d previously remixed Backstreet Boys’ “The Call,” “Girlfriend” was Chad Hugo and Pharrell Williams’ first original collaboration with the Tiger Beat brigade. By combining radio-friendly melodies with their signature blend of slinky guitars and metallic funk beats (and a guest appearance from Nelly for its single release), they essentially set the template for both JT’s solo career and the following decade of chart hits. Turns out *NSYNC’s mission to revolutionize pop really did succeed.