If the very first episode of the series appeared on PlayStation 2 in 2004, Monster Hunter has always been able to occupy the field of portable platforms (PSP, Vita, 3DS, Android, iOS …) and Nintendo consoles (3DS, Wii, Wii U). It is therefore not really surprising that the new part comes on the semi-nomad of the Kyoto firm, in an almost exclusive way moreover, since only a PC port is mentioned for 2022. For the time being, fans of the most impatient saga therefore have no choice but to draw their Switch. And they shouldn’t regret it! 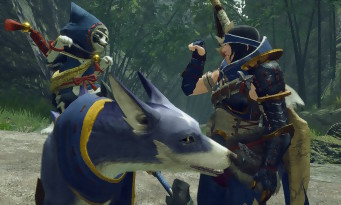 The first steps in Monster Hunter Rise are devoted to a whole bunch of customization options. First of all, you have to choose whether you want to hear English, Japanese or in the fictitious Monster Hunter language (knowing that the subtitles and other texts are available in French). Subsequently, it is a phase of fairly rich character creation that awaits us. Very complete, the hunter’s personalization ranges from the size of the cheeks to the height of the bridge of the nose, including the position of the eyebrows. Make-up, hairstyle, clothing, voice and other details are also available to create the hero you want. These now classic possibilities are accompanied here by additional refinements, since we are also offered to configure the coats, eyes, ears and tails of a Palico (the cats that regulars of the saga know well) and of a Chumsky ( an unprecedented canine companion which we will discuss again below). Then, the first contact with the village of Kamura proves that the game is among the most beautiful available on Switch. 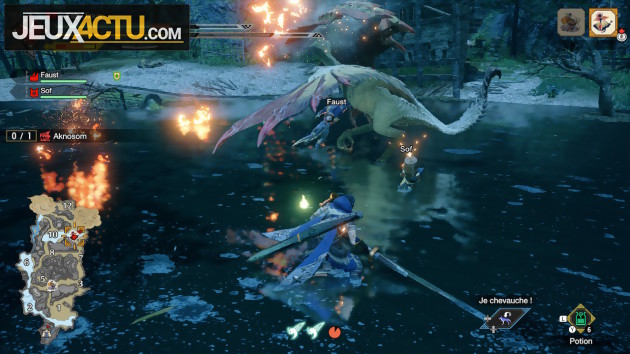 The Japanese, medieval and fantasy atmosphere works perfectly well, even if it is the creatures to be slaughtered who remain the real stars of the adventure. Monster Hunter Rise brings the most important to us in a cinematic way, with staging, voiceover, and grainy filter all going well. On the other hand, do not expect feats when it comes to the scriptwriting aspect. Monsters are attacking the village after fifty years of tranquility, and it is therefore necessary to go exterminate a maximum of bugs to fight against this Calamity (with a capital C just to give a little consistency to this unimportant story). There you go… Like its predecessors, Monster Hunter Rise favors the gameplay loop over narrative experience or immersion. The game does not hesitate to explain that the village can be “offline” or “online” when Senri the postman chat informs us that it is possible to meet other hunters. It is indeed allowed to play in cooperation with up to four people rather than alone, for even more intense and interesting hunting parties.

FOR HUNTERS KNOWING HOW TO HUNT 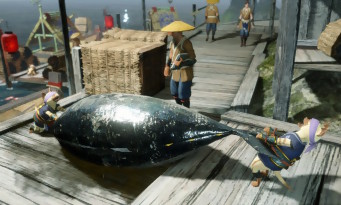 Before discussing the new features of this episode, it seems important to clarify a point about its accessibility. Despite some efforts compared to the previous sections, Monster Hunter Rise remains a difficult experience to access, which not only tends to multiply the game mechanics, but also complicates their assimilation by drowning the player in unfamiliar terms. Those who will discover the series with this opus will have to digest the existence and the usefulness of Pilpoils, Felynes, Canynes, Filoptera, Large Filoptera, Precious lilies, Silk ties, Iron silks, Filochutes, Florelets, Spectroiseaux, Tissinsectes , Kinsects, Talents, Alternate Talents, Negotiation Talents, Dango Talents, Dango Tickets, Maxiboosts, Slugs, Waterbane, Firebane, Mounted Punishment, Cinderblades, and other Shrubs of the Shipment. Even a concept as classic as quests is broken down into key quests, urgent quests, village quests, Grand Camp quests, optional sub-quests, quests, quest counters, quest panels, Arena quests, challenge quests, quests training and queries. This tendency to do too much is reminiscent of some MMOs and other free-to-play, which multiply the angles of approach, even if it means losing a few players in the process. Monster Hunter Rise would benefit from going straight to the point, especially since the learning curve is not particularly well managed. By way of tutorials, the adventure imposes on us very (too many!) Many written messages, which regularly interrupt the action to explain, or even re-explain, a particular concept. Add to that a permanent incentive to farm, since the gameplay loop essentially consists of collecting more and more materials to kill more and more monsters (the sub-quests are also to be done in a loop), and you get an action-RPG which will not necessarily suit everyone. On the other hand, we will see that players compatible with this philosophy have many reasons to be happy. 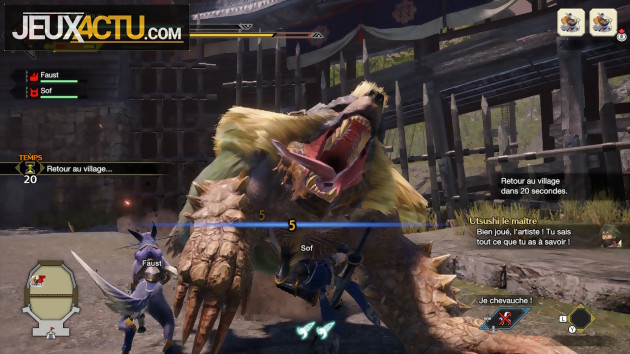 THE GOOD HUNTER, SEES A TRICK, DRAWS IT … 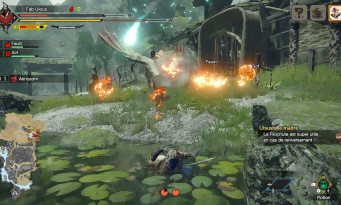 In addition to all the usual qualities of a Monster Hunter, this 2021 version brings us some welcome new features. The most important are three in number, the first of which relates to the arrival of the Chumskys. These canine companions are added to the presence of the Palicos, and play a complementary role. While cats essentially act as support characters (care, placing traps, etc.), dogs are more inclined to attack. In addition, it is possible to overlap them, in order to more easily flee a battle lost in advance, to pursue a monster more effectively, or quite simply to shorten the exploration phases. And if you needed further proof that the dog is man’s best friend, know that it is possible to attack Chumsky’s back, and even use the sharpener or salvage items in full swing. race. The range of movements is also reinforced thanks to the Filoptères, insects which allow our hero to initiate a “propulsion”, in order to perform an aerial maneuver or to run for a few moments on a wall. This novelty also gives access to special techniques, specific to each weapon and called Silk ties, as well as a Filochute allowing you to quickly regain your balance in the event of a knockdown. As for the Grand Filoptères, they allow you to unlock specific travel points, thanks to which you can travel long distances in the air following a predefined route. It should also be noted that the five large maps of the game give pride of place to verticality, in order to encourage the player to use these new tools. Incidentally, the playgrounds also have the good taste of being able to be traversed without loading and to offer quite varied environments (ruins, marshes, deserts, lava, snow…). 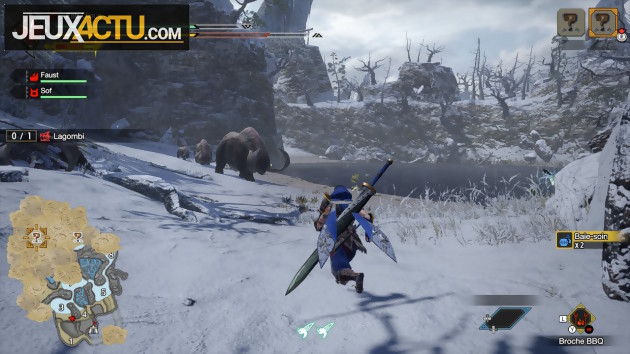 Third and last major innovation: the Ride of Wyvern. This term simply refers to the ability to climb on the backs of certain monsters and lead them, in order to force them to face other creatures or, more simply, to send them smashing their heads against a wall. To do this, you must first weaken the beast, using in particular “Silk tie” techniques and “Filoptera” jump attacks. Monster Hunter Rise therefore manages to renew the basic formula enough to arouse the interest of any self-respecting fan of the saga, while retaining certain major assets. We are thinking in particular of the great variety of weapons, which allows everyone to find something to suit them. Bows, double blades, spears, swords, spearbows, hammers, axes and other hunting horns: in all there are fourteen different types of weapons available to us. This point also ensures some replayability, as does the promise of free updates to come after the game’s release. This year the hunt is good! 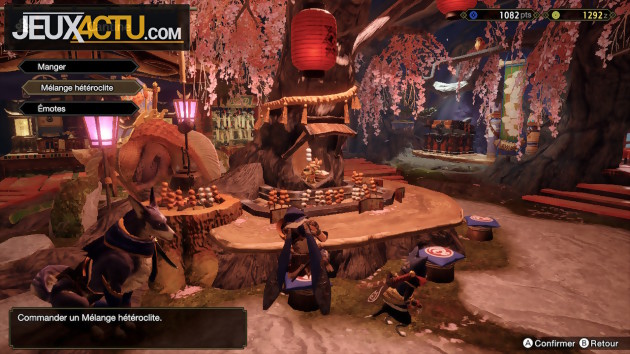