Microids: the French publisher is interested in China, new ambitions? 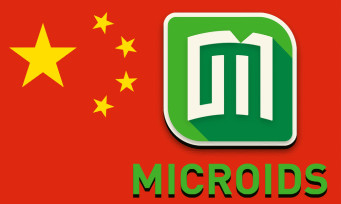 In full expansion, Microids continues to unfold its ambitions and announces today through an official press release the opening of a representative office in China. It must be said that with 85% of its turnover achieved internationally and a growth of more than 50% per year for 4 years, Microids wishes to pursue its strategy of growth and international expansion. We remember that last September, Microids announced a partnership with the Japanese publisher Taito for the creation of two new games. The first was announced a few days ago, and it will be Arkanoid Eternal Battle which brings the famous brick-breaker game back to the fore. Microids’s interest in China is not new, since we learn that this activity was initiated 3 years ago and that the objective is to manage the distribution of the games from its catalog in the country. in the Middle, but also to set up agreements with Chinese publishers and studios, no doubt to develop new projects. To be able to break into China, there are obviously strict rules to follow and Microids has decided to be represented by Wenbin Zhang and works in close collaboration with Yves Bléhaut, Senior VP Strategic Partnerships at Microids. Soon a Genshin Impact sauce Microids?

Microids is proud to announce the opening of a new office in China.

Microids is proud to announce the opening of a representative office in China. pic.twitter.com/rMmuxfC8br