Forza Motorsport 8: first rumor on the release date of the game, we will have to be patient 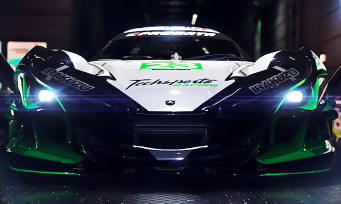 Announced July 2020 As part of the Xbox Games Showcase, the next Forza Motorsport isn’t expected to arrive until Spring 2023 on Xbox Series X and PC. This is indeed what Tom Henderson believes to know whose credibility has skyrocketed since his revelations about Overdose, the new horror game from Hideo Kojima. According to him, if the simulation of Turn 10 will indeed show itself during the Xbox & Bethesda Games Showcase – presumably through a video of gameplay – on the other hand, his sources indicated to him that a release for the end of 2022 was clearly not considered. Moreover, it is next fall that should land the first major extension of Forza Horizon 5 – which, according to the rumors of the corridor, would be devoted to the Hot Wheels franchise.

I’m pretty sure we’re getting Horizon 5 hot wheels DLC announcement and our first look at the next Forza Motorsport – Slated for Spring 2023 last I heard. https://t.co/tmDsDiVDSE

Given that the famous Microsoft conference will take place tomorrow at 7 p.m., we will quickly be fixed on the subject. In the meantime, we remind you that some rumors suggest that the new Forza Motorsport will also be released on Xbox Onewith two images of the version apparently leaking last month.