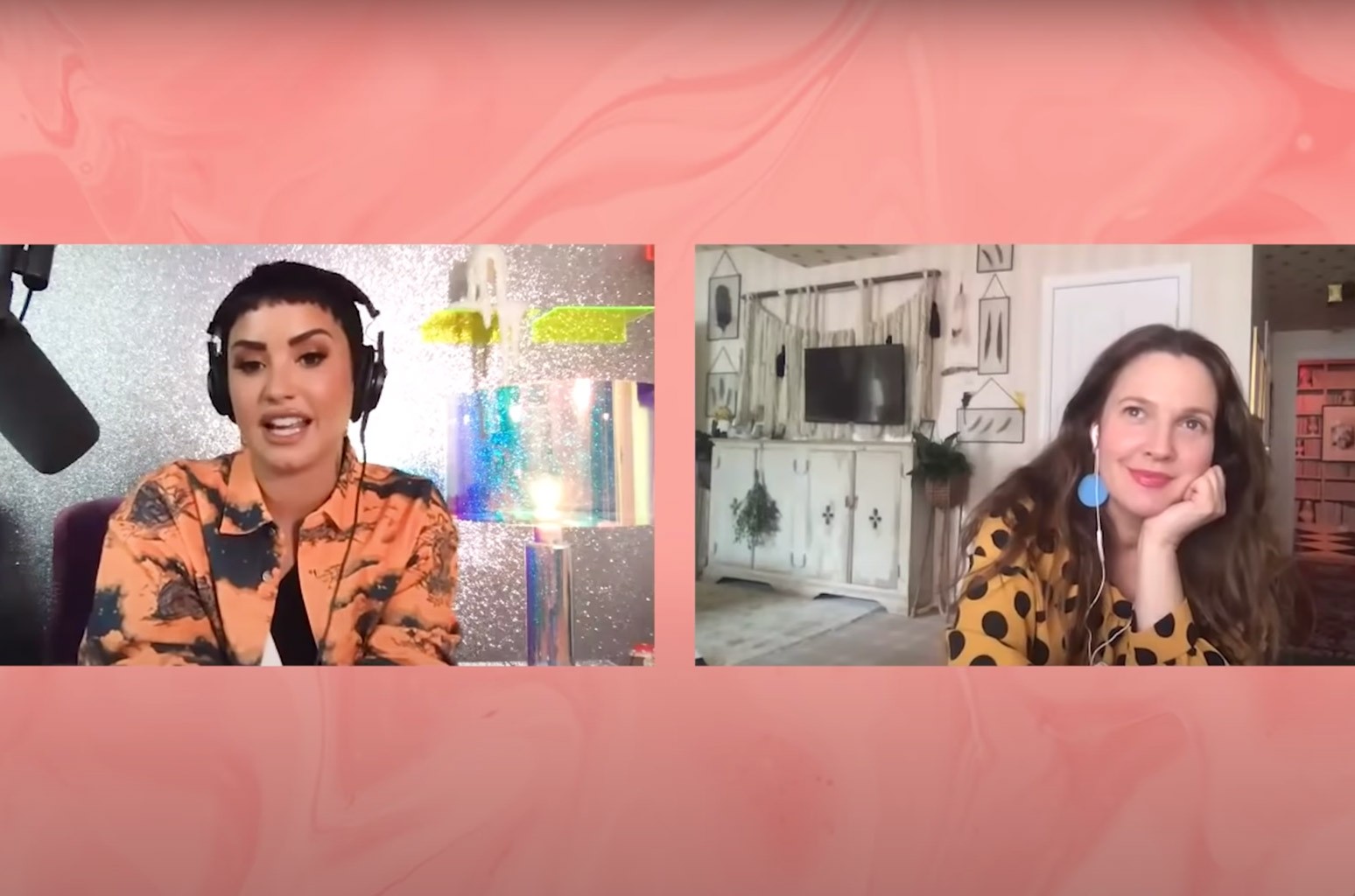 In a conversation with Drew Barrymore, Demi Lovato broke down how being the “breadwinner” of their family at a young age affected their family dynamic.

After Barrymore had Lovato as a guest on her daytime talk show in April, Demi returned the favor by hosting the Golden Globe-winning actress on the latest episode of the podcast 4D With Demi Lovato. Having both entered the entertainment industry before the age of 10 — with Lovato starring on Barney & Friends and Barrymore securing her breakout role in E.T. the Extra-Terrestrial — the former child stars had to handle a lot of adult responsibilities. And Lovato says they “cringe” at their attitude that came with that pressure back then.

“I noticed that when I came into the spotlight at a young age and then was the breadwinner, there wasn’t a dossier, there wasn’t a manual for my parents to read and it say, ‘Here’s what to do to raise a child star,'” Lovato said. “They didn’t get that. So when they would try to ground me at 17, I would say, ‘I pay the bills.’ I cringe now when I think about that attitude. But when the world is putting you on a pedestal, you kind of think that you could do no wrong. As I’ve gotten older, I see my parents just as big kids themselves.”

Barrymore commented on how fame and the money that comes with it flipped the parent-child dynamic in Lovato’s household and how she’s learned to set boundaries with her children so they don’t treat her like they’re friends, the way Barrymore treated her mother during her childhood. “I’m too adult and I’m too childish. Where is the middle? Where’s the balance? Where does this all land?” the 46-year-old actress reflected.

The two previously discussed this very topic on The Drew Barrymore Show. “There’s no manual on how to raise a child star. And when the child star retorts back after the parent says, ‘You’re grounded for sneaking out at 3 in the morning,’ whatever, I retorted with, ‘Well, I pay the bills. What are you going to do? What are you doing to do to keep me grounded?’ It was challenging,” the Dancing With the Devil singer told Barrymore.

Watch their latest discussion on 4D With Demi Lovato below.