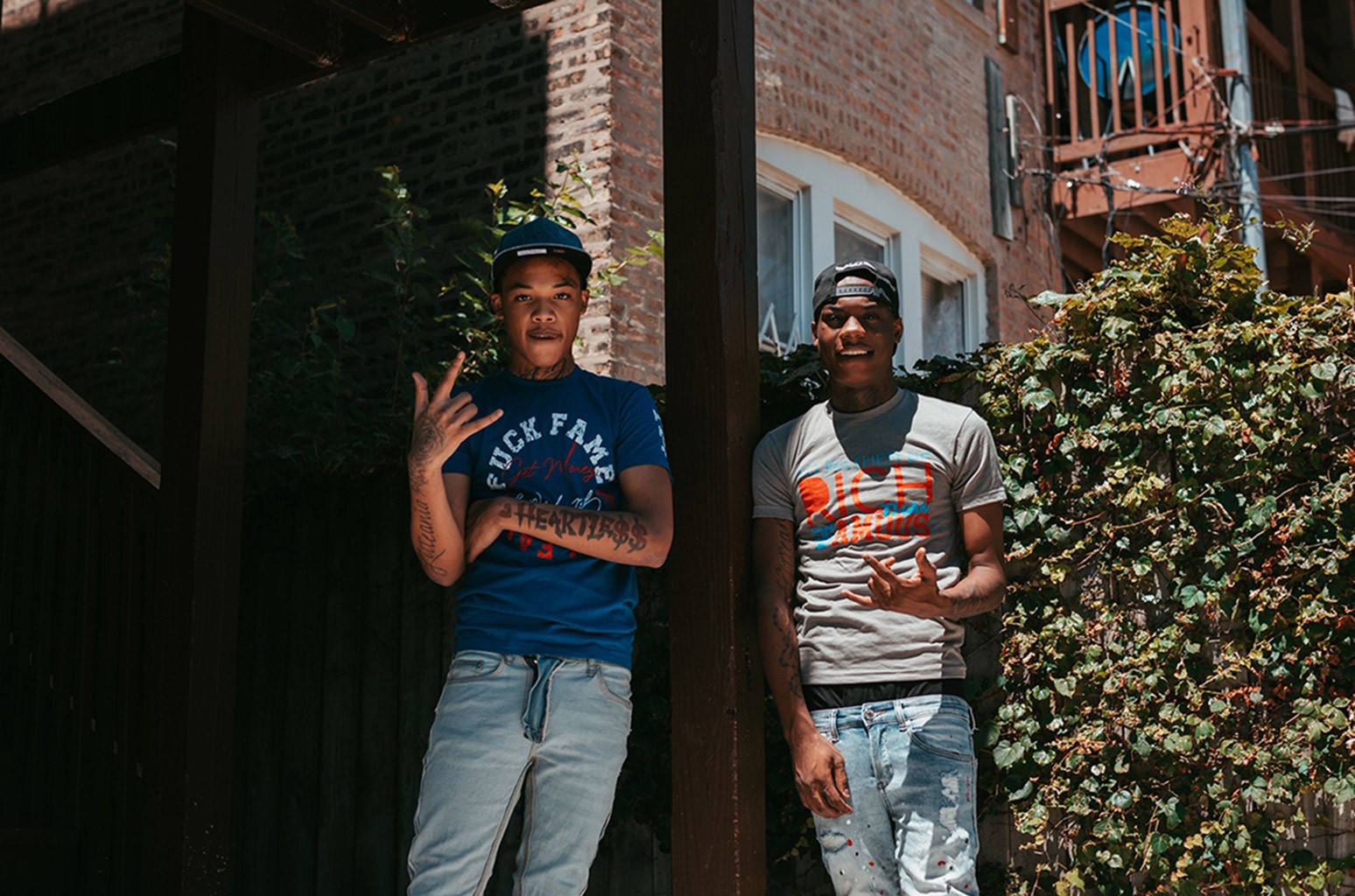 No More Heroes and Atlantic Records are hoping the DCG Brothers can create some new magic as the latest additions to their roster. The Chicago tandem kicked off their 2021 campaign Friday (June 4) with their Internet Money-produced single “House Party.”

Directed by music video savant Cole Bennett, the No More Heroes pair nimbly dole out an instant party starter for their eager devotees.

“We are incredibly excited to welcome DCG Shun and DCG Bsavv, along with the No More Heroes team, to the Atlantic Records family,” says Atlantic Records senior director of A&R, Brian Johnston. “DCG Brothers are an extremely talented group of guys that collectively have an energy and vision that is unmatched and something we recognized early on. We can’t wait to show the world what they have coming next.”

The DCG Brothers are equally elated with Atlantic Records serving as their new home, calling it “a dream come true.” “Talent from Chicago is rarely noticed,” says DCG Bsavv. “Being from our city, it’s a blessing to be put in a position to win. Signing with Atlantic was a dream come true for two young, upcoming rappers. We manifested this lifestyle from the first day that we stepped in that booth together.”

“Watching my brother perfect his craft since he was 8 years old gave me real motivation,” adds DCG Shun. “I didn’t know how to make music, but my brother encouraged me to do it with him. I told him to teach me; we wrote our first song together, and from then on we’ve been unstoppable in the booth. When No More Heroes came in the picture, they helped turn our lyrics into visuals that were next-level crazy and matched our energy. We have been an unstoppable team since.”

No More Heroes co-founders Azeez “Laka” Alana and Brandon Holmes quickly latched onto the DCG Brothers because of their magnetic personalities and tireless work ethic. “We’ve worked with hundreds of artists, but DCG’s energy was truly unmatched. They wrapped caution tape around themselves and every performance had so much life in it; it was undeniable that they were stars,” they tell Billboard.