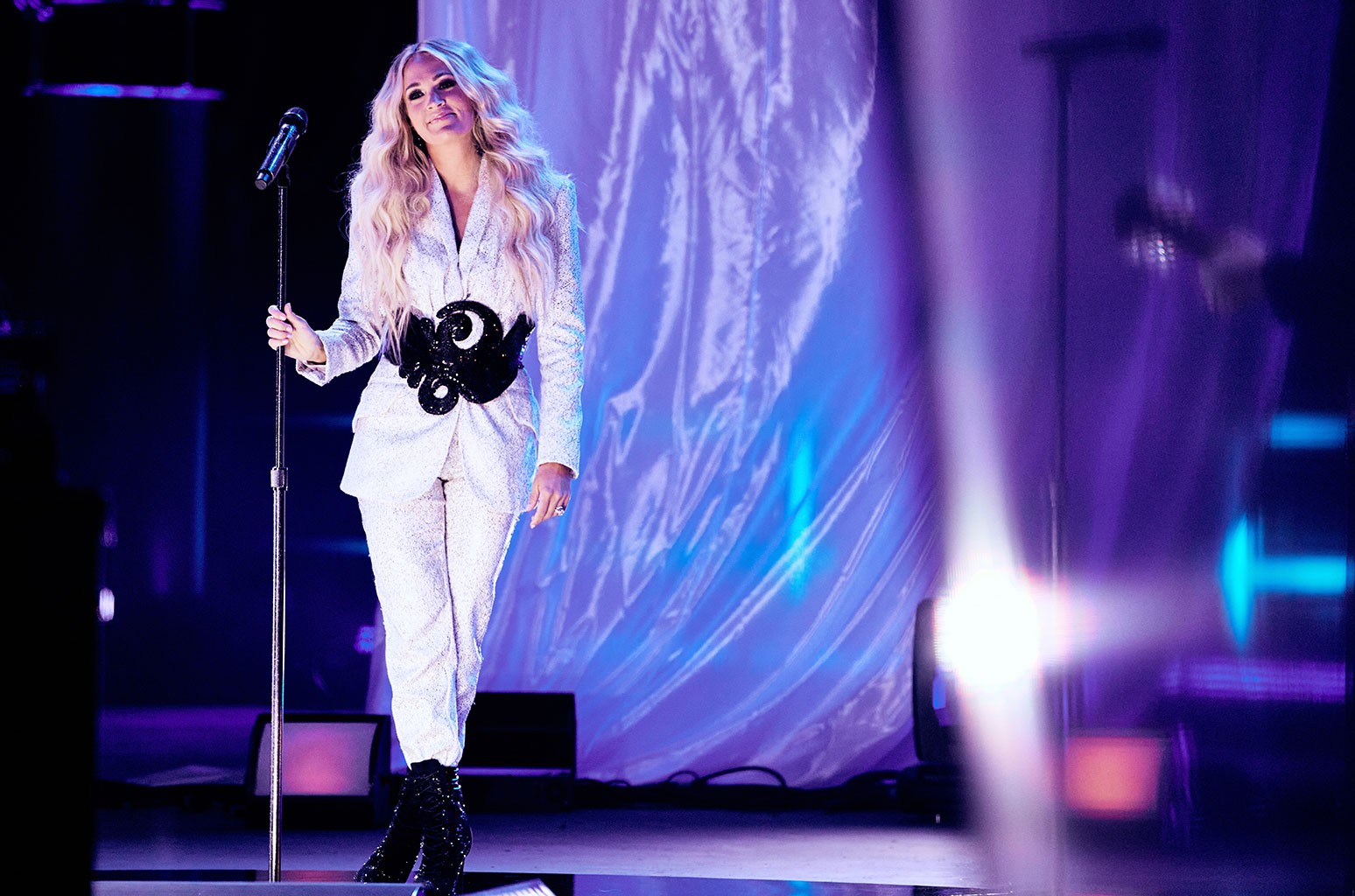 Carrie Underwood and Needtobreathe took the 2021 CMT Music Awards to new heights with their uplifting anthem “I Wanna Remember” on Wednesday (June 9).

The artists performed on a giant circular outdoor stage in an empty field at Bonnaroo Farm in Tennessee. As Underwood’s powerful voice soared, the white panels of fabric billowed around the stage, lending an air of breezy lightness to the performance. The setting was a perfect reflection of one of the verses, with Underwood and Bear Rinehart singing, “The night is clear/ All of the stars out in the atmosphere/ Wishing that they were you and me right here/ They’re showing off for us/ I don’t wanna forget it.”

The country rock band released the song in May, with Underwood also providing a vocal assist on the single. “‘I Wanna Remember’ is a nostalgic track and takes you back to the moments you never want to forget,” the band explained when the song dropped. “We felt like [Underwood’s] small-town roots and humble beginnings were the perfect addition to this song.”

Needtobreathe was not nominated for any awards this year, but Underwood received nods in the collaborative video and video of the year, both for “Hallelujah” with John Legend.

Kane Brown and Kelsea Ballerini co-hosted the festivities which were broadcast live from the Bridgestone Arena in Nashville.