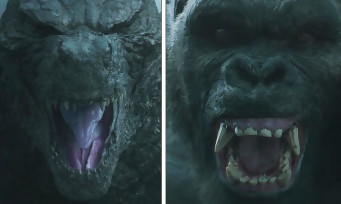 It is done ! After days of being teased on social media through some pretty significant hints, the presence of Godzilla and King Kong in Call of Duty Warzone and Call of Duty Vanguard is no longer a geek fantasy, and has just been formalized by Activision in the evening. To begin with, we were treated to a trailer, all in CGI, which allows us to introduce the two colossi, who will obviously compete with each other. Call of Duty Vanguard’s World War II theme suits the two monsters perfectly, since in mythology, it was during this period that they were discovered by Humanity. For the time being, neither Activision nor Sledgehammer Games have given the details of Operation Monarch which will allow you to evolve between the legs of the two gigantic creatures.
What we know for sure, however, is that the event will take place on May 11 and that of course, many skins for Operators will be deployed. Screenshots show that our soldiers will be able to put on Godzilla or Kong masks, knowing that their weapons and their outfit will be appropriate depending on the chosen beast. Now that things have been made official, we can only wait for other videos, this time of gameplay, and explanations to better understand the arrival of these two monsters of cinema and pop culture. . 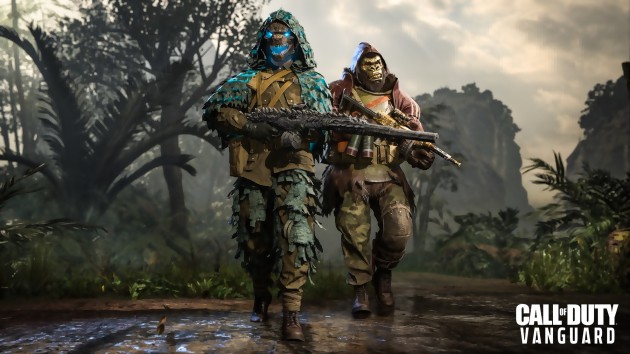 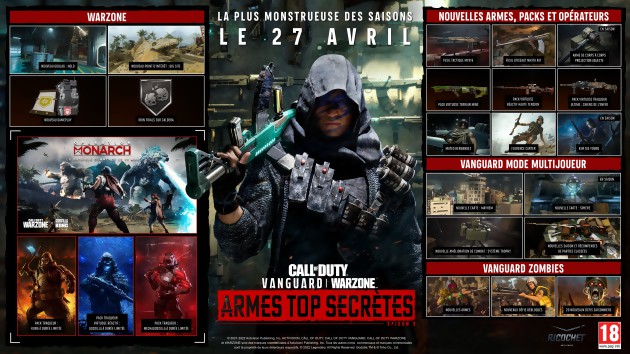