Astro’s Playroom test: the other true next gen game of the PS5, new sensations

26 Nov 2020
Games
No Comments
8
The test
When the PS4 was launched in 2013, Sony had integrated in its console The Playroom, a free game supposed to present the capabilities of the console: we could notably find Astrobot, a new mascot for the Japanese firm still unknown to the general public … but dedicated to a sustainable future. It is also this little robot that will serve as a showcase for all the manufacturer’s future tests: he is the figurehead of the probable best game of the PlayStation VR, Astrobot Rescue Mission, released in 2016, and featured in the PS5 with Astro’s Playroom. Free title and preinstalled on the machine, it is a bit like the Wii Sports of the PlayStation 5: a detailed presentation of the capabilities of the controller, here the DualSense, with a sparkling talent. What if the real next-gen experience was here?

This is one of the first things you notice when you start your PS5 for the first time: Astro’s Playroom, developed by SIE Japan, is already available and acts as the very first game, accessible without additional purchase. A clever gesture on the part of the video game giant, especially since it gave carte blanche to one of its very good studios, already at the origin of the formidable VR software Astrobot Rescue Mission: very clearly, the developers are are once again racking their brains to present, in the most accessible and fun way possible, the various features of the DualSense. And right from the intro, which is all about reviewing this brand new pad, the effect is absolutely stunning: it is certainly one of the most eye-catching tutorials ever. Yes, yes, we’re talking about simply pressing a trigger, turning the joystick, stroking the touch screen or, overall, attending an ultra-formal presentation lasting a few minutes … But believe us, this first contact leaves no one indifferent. 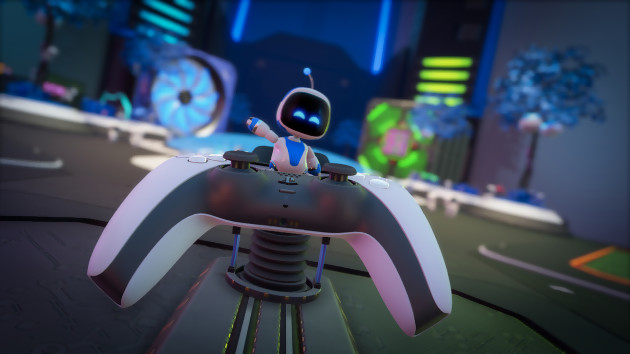 The reality is that for this new generation, Sony engineers really racked their brains to modernize this descendant of the DualShock 4. At the top of the list are then the haptic vibrations and the adaptive triggers, probably the two innovations which turn out to be the most striking, here wonderfully well represented in Astro’s Playroom. Taking the form of a platform-adventure game with some basic action components, the experience therefore requires us to take a very nifty, cute little robot through levels. And even in the purest bases, the designers have thought of using the features of the controller: with each step taken, it will vibrate finely on one side, then on the other, before wriggling as a whole when we will walk in the grass. It is the same for the double jump, the strike or the simple fact of pulling ropes, or the feeling, object in hand, surprises so much it is new in the landscape of the video game. You really have to see it to believe it but, then, the potential seems clear: this haptic feedback, so well used, can transform a game with an average feeling into a game with a very, very unique and addicting feeling. 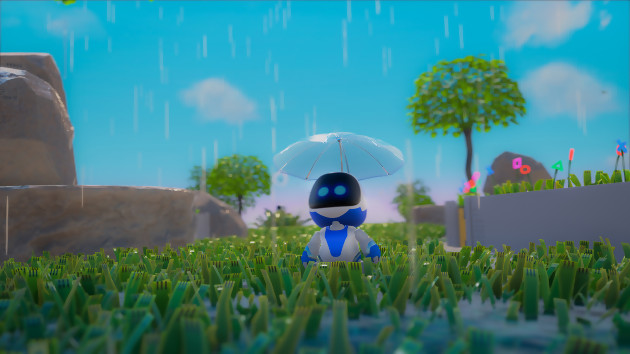 It is the same for the adaptive triggers which, as we recall, offer resistance according to certain actions: in practice, it will be necessary to press more or less hard depending on the situation and Astro’s Playroom abuses it in a very relevant way. Rather varied in its platform phases, the adventure will make us take control of various and varied machines, in order to ventilate the gameplay and use the L2 and R2 keys, here with their best facelift. If we couple these technologies to the gyroscope, the microphone (in which we will sometimes have to blow) or the touch pad, yes, we then end up with a platform game that is truly innovative in its way of approaching a platform that is however basic. Proof that this DualSense is an absolute breeze for this next-gen launch, and Astro’s Playroom is, for the moment, the most perfect demonstration of this. 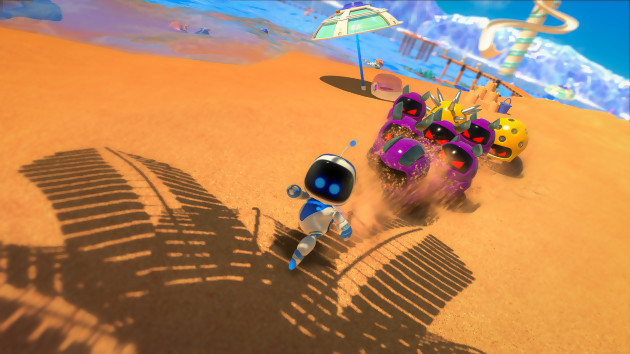 I don’t want to grow old

On the rest, it’s hard to fault Astro’s Playroom for much: despite its graphics, admittedly not necessarily very impressive, everything runs perfectly in 4K / 60FPS, relies on a very warm artistic direction and, above all, has ‘a good seductive atmosphere. As much to tell you now: the whole turns out to be a giant advertisement for PlayStation since the very principle of the title is to explore the nooks and crannies of the PS5 like the GPU, RAM and so on, with good humor child. Above all, this little journey will pay tribute to the entire history of the brand, retracing all the consoles and all of the accessories sold, including 3D models, reproduced with meticulous fidelity, will be unlocked in the levels. The set will also be brought together in the HUB, where it will be possible to play with dozens of objects that we have had the chance (or not) to use the last three decades. 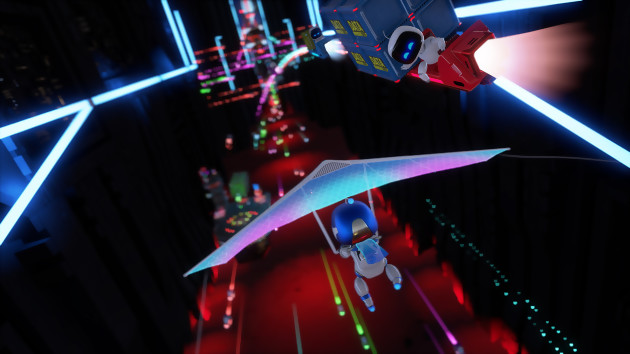 Even the levels themselves exude nostalgia, housing dozens and dozens of references, winks, console startup sounds, hidden features: besides, let’s underline that the SSD of the PS5 is perfectly visible. handled since we will move from one level to another almost without downtime. An asset to complete the game 100%, something that can be done in five or six hours of play, with a Platinum Trophy. To complete all the levels without worrying about the collectibles, we must then bet on a shorter lifespan, of about three or four hours. But to tell the truth, it is not really a problem as the whole is seen lively, sparkling and stuffed with easter egg … especially since it is completely free. In short, if you have a PS5, good news: one of its must-have is already present on the hard drive. 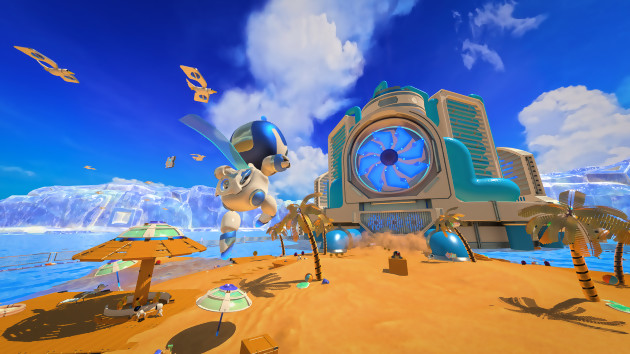