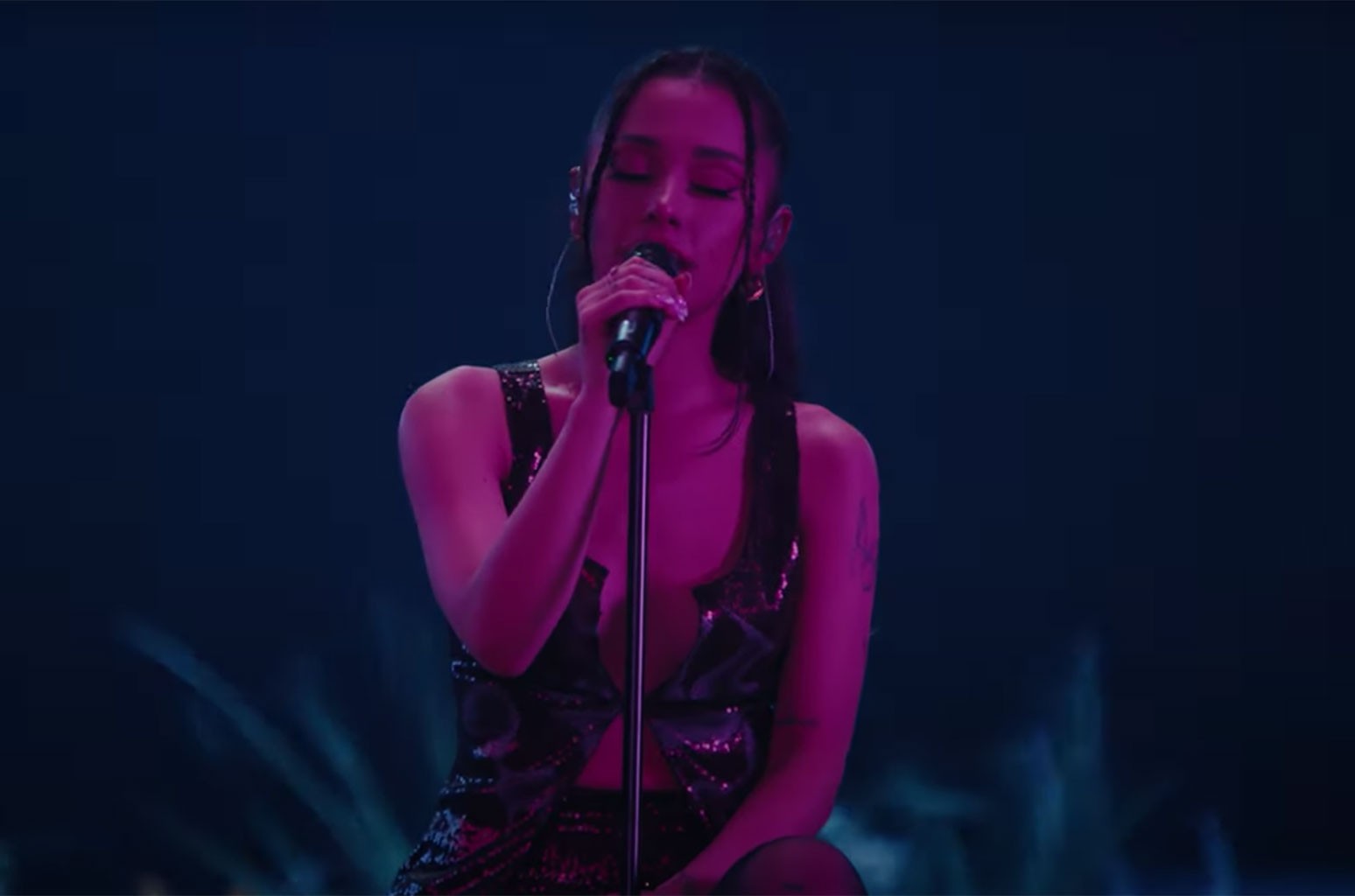 In the new video, the 28-year-old vocalist sports her signature voluminous ponytail — only right for performing the ’70s-inspired slow jam dedicated to her famous locks. Just like the last two Vevo performance videos, Grande sits among a garden of glowing flowers underneath an enormous halo of pink-tinted light. This time, however, she trades her black crop top and magenta glove combo for a shiny black dress and matching knee-high boots, and instead of wandering around her enchanted meadow as she sang, she stays seated on a stool.

Several musical elements elevated the song’s live performance from the original recorded version, especially a jazzy trumpet solo that arrives toward the end of the video. But the biggest standout moment comes around the two-minute mark, when Grande begins belting out her impossible-sounding whistle tones.

The “My Hair” performance follows other Vevo live performance videos of Grande singing the longtime Billboard Hot 100 occupant “POV” and duetting with Ty Dolla $ign on their track “Safety Net.” The next installment of the series is scheduled to premiere one day after the “My Hair” release — Thursday, July 15 — and will find the singer presenting one of the dirtiest tracks off Positions, “34+35.”

Prior to the Positions live music series, Grande collaborated with Vevo in 2013 and 2016 on “Vevo Presents” editions of some of her older tracks such as “Dangerous Woman,” “Be Alright,” “Leave Me Lonely,” “Greedy” and “Into You.”

Watch Grande pick notes out of the stratosphere for her “My Hair” Vevo live performance: