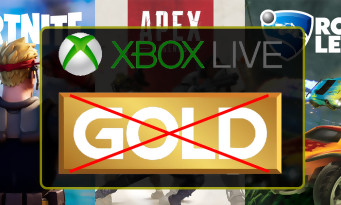 Always with the aim of attracting the most people, the least that we can say is that Microsoft is making considerable efforts: first with the Xbox Game Pass, xCloud, the takeover of large companies but also sometimes a few gestures. benefactors like the one we have just learned. Thus, the Redmond firm has just announced that all free-to-play available on Xbox consoles will no longer require an Xbox Live Gold subscription, where it was previously necessary to spend money in the online service to enjoy. A policy that aligns with that of its competitor Sony.

Thus, the famous Fortnite, Apex Legends, Rocket League, Warframe, Destiny 2 and dozens of others can now be fully playable without spending a kopeck, as long as you have the correct Xbox console. If you can find the list of titles concerned here, here is a small non-exhaustive compilation below. Good game everyone !