If the Left 4 Dead license was indeed left for dead by Valve, Turtle Rock Studios has obviously not forgotten the cult 2008 title and its sequel released in 2009. Twelve years after Left 4 Dead 2, and six years after the unfortunate Evolve, the Californian developers are returning to their first love with Back 4 Blood, which in no way seeks to hide its status as a spiritual sequel, quite the contrary. In absolute terms, we can only be happy to finally be able to enjoy a true-false Left 4 Dead 3. But we will see that the result is not perfect all the same. 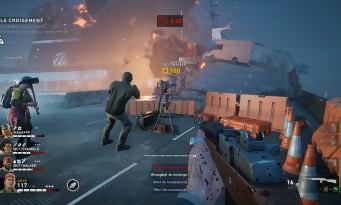 Anything reminiscent of a team of four survivors who must fight their way from refuge to refuge among hordes of zombies? No ambiguity is present, Back 4 Blood is indeed a Left 4 Dead 3 which does not speak its name. And so much the better! After all, these are the same developers, and with twelve years since Left 4 Dead 2, we really can’t speak of overuse. On the other hand, it would have been good for the studio to take advantage of this lapse of time to strengthen the scriptwriting aspect of the experience. The storytelling goes too far into the background, and attempts to construct the universe through dialogues that no one can really listen to during the frantic action inevitably fall apart. In short, let’s get back to basics and therefore to the Left 4 Dead aspect. In Back 4 Blood also the artificial intelligence balances special monsters according to the actions of the players, in levels large enough not to betray too much their “corridor” nature and sufficiently collected so that we always know where to go. The objectives are always simple (items to find, mechanisms to trigger, boxes to open …), you have to be careful not to trigger alarms and not to disturb the crows (on pain of alerting the horde), and each refuge gives us the opportunity to replenish our health, weapons or accessories. With thirty-three missions divided into four acts, the content is relatively substantial, especially since the replayability is present. There are also eight different characters to play, each of them with a secondary weapon and unique advantages. As for the special monsters, whether they are the Giants, the Plagued or the Stingers, they roughly take the archetypes of Left 4 Dead and therefore inevitably remind us of the Boomers, Hunters and other Tanks of yesteryear. 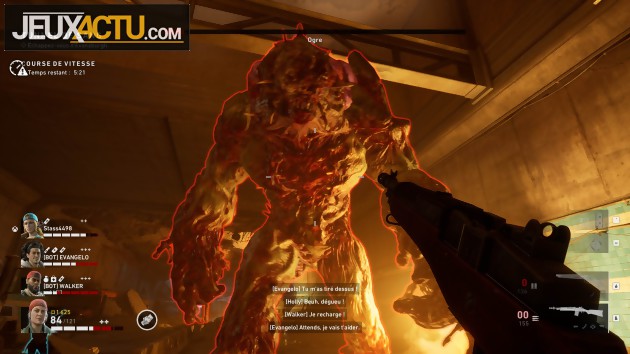 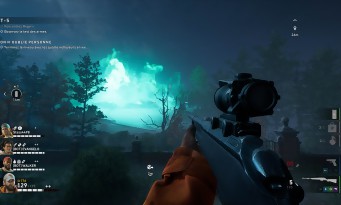 However, it would be inappropriate to speak of redundancy or lack of risk-taking, because Back 4 Blood completely innovates on another side of the gameplay. Indeed, the missions are doubled by a system of deck of cards to be built, each card being able to bring one or more bonuses to a specific character or to the whole team (improved reloading speed, punch transformed into stab , charged attack, additional life points, kills which restore life…). There are more than a hundred cards to unlock thanks to the supply points obtained by completing the missions of the campaign. And during a campaign, each completed chapter activates additional cards, drawn from the deck that we have previously built and chosen. This system contributes to increasing the lifespan, since the most determined players will not hesitate to “farm” the missions in order to obtain all the cards. And it introduces an extra dose of strategy, especially if you’re lucky enough to play with friends rather than strangers.

Communicating on the cards that we have in order to choose additional bonuses can greatly help to overcome the difficulty of the game. Especially since it is also necessary to take into account the corruption cards “played” randomly by the enemies. They can sometimes offer us a challenge to complete, but also inflict penalties, such as special zombies in excess, constantly declining health or a large number of crows. Note that the time left for players to choose their cards at the beginning of each chapter is far too long. When playing with strangers, it is not uncommon to have to wait long minutes before the slowest of the bunch finally passes the selection screen. So much so that it is sometimes more pleasant to play with bots. Their behavior is obviously far from irreproachable, but at least they do not waste our time, and do not hesitate to heal us or give us ammunition as soon as the need arises. The same cannot be said of all “random” players. 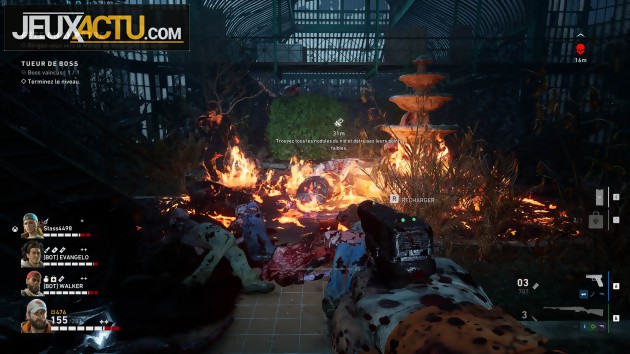 TAKE IT OR LEAVE IT 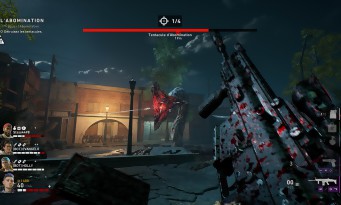 But let’s not blame the game for the behavior of the players, because there are also objective and intrinsic flaws in the game anyway. The system of “continue”, based on saving points to be reached in just two attempts, is for example unnecessarily punitive. The French translation is not worthy of an AAA since mistakes or gross errors are regularly visible (“pose the enemies” because of the English expression “put them down”) and some even go so far as to lodge in achievements (“kill at least one of each non-boss mutation”, for example, seems quite clumsy). If the Swarm mode which makes it possible to embody the monsters has the merit of existing, it unfortunately has the bad idea of ​​taking place in closed arenas. Most players will therefore abandon it. The random generation of corruption cards and enemies can sometimes cause fairly unfair difficulty spikes. And to top it off, the game is not free from bugs, whether it’s connection drops, unexpected returns to the desktop, items that move jerky, or even enemies not. very clever people who do not really know how to move around the environment (hello ogres). All these small problems betray a certain lack of finish and necessarily reduce the pleasure of the game. 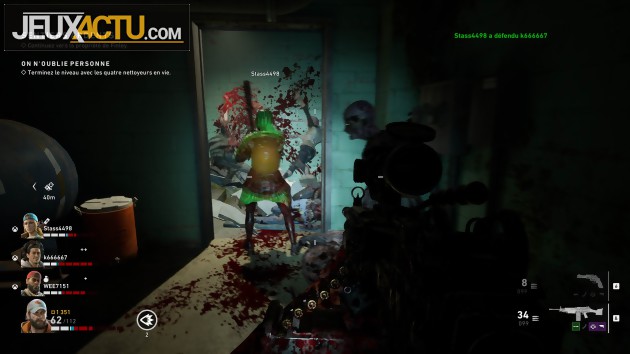